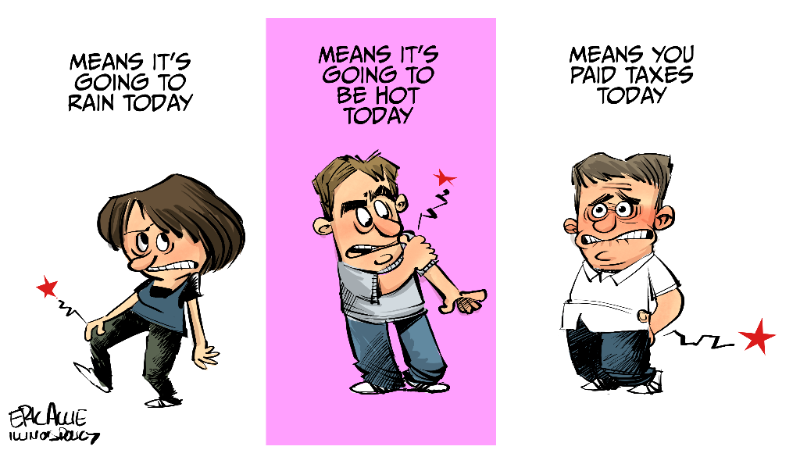 Federal income tax filings are due today. But while federal income taxes may make up the largest share of taxes the typical resident pays to the government, Illinoisans won’t find themselves free from the enormous burden of state and local taxes.

Illinois’ Tax Freedom Day, the day upon which the state has earned enough income to pay off its federal, state, and local tax bills, will not come until April 29th, according to the nonpartisan Tax Foundation. Only three states had later Tax Freedom Days: Connecticut, New Jersey and New York.

Although the national average for Tax Freedom Day is April 19th – 109 days into the year – Illinoisans will have to work for another 10 days to pay off their tax burden.

Despite Illinoisans having to forfeit 119 days’ worth of pay to finance their tax bills – nearly a third of the year – state lawmakers and gubernatorial candidates alike have called for another tax hike. However, the state has already hiked income taxes twice in the past seven years, costing Illinois’ economy thousands of jobs and billions of dollars.

Given those persistent tax hikes, it comes as no surprise that Illinois finished 42nd in the nation and last among its neighbors in terms of jobs growth in 2017.

It’s painfully clear that Illinois families cannot afford another tax hike and are in desperate need of tax relief. Politicians could start down a path toward relief by reining in the growth of government spending to what taxpayers can afford.

In the House, state Rep. Allen Skillicorn, R-East Dundee, is the chief sponsor of HJRCA 38, another constitutional amendment that would also tie the growth in state spending to growth in the state’s economy.

In a healthy economy, it’s OK for government spending to grow. But when spending growth outpaces economic growth, it forces policymakers to raise taxes or borrow money. State lawmakers have been eager to do both. And that injects uncertainty into the lives of Illinoisans.

Providing a basic level of certainty about the long-term growth of state government, and thus avoiding future tax hikes, means Illinois could once again become an attractive destination for families and businesses.

If other politicians were to follow the lead of Cullerton, Connelly, Skillicorn, Righter and Landek, the state could continue to fund essential services without hiking taxes every few years. Additionally, the stability provided by the spending cap would provide certainty about the state’s fiscal condition, encouraging economic growth and bringing potential tax relief to the table for Illinoisans.