A woman alleging her husband died following a go-cart crash nearly three years ago argues in her opposition to several motions to dismiss that the responding ambulance was out of service and knew it could not transport the decedent, delaying potential life-saving treatment.

Defendants Abbott Ambulance and American Medical Response of Illinois filed a motion to dismiss the complaint on Dec. 20, arguing that plaintiff Flora Odum failed to include a healthcare affidavit.

They argue that a plaintiff seeking damages for injuries or death by reason of healing art malpractice must file an affidavit of consultation with a healthcare professional. 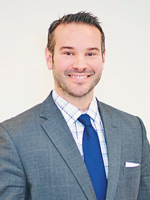 On Feb. 26, Odum filed a memorandum in opposition to Abbott Ambulance and American Medical Response of Illinois’ motion to dismiss.

The plaintiff argues that she has not alleged any medical malpractice or death or injury as a result of healing art medicine. Instead, she argues that the defendants acted with negligence and willful and wanton misconduct in responding to the scene, knowing that they were out of service. She claims the defendants’ negligence delayed transportation to the hospital, which could have prevented the decedent’s death.

“Further, whether an out of service ambulance should respond to an emergency scene is not an activity dictated by medical judgment, and the testimony of the parties along with the standard procedures of the ambulance companies will be sufficient to establish Plaintiff’s claim, thereby eliminating the need for expert testimony,” the opposition states.

Several other motions to dismiss were denied on Feb. 1.

Odum replied to the Gateway defendants’ affirmative defenses on March 14 through attorney J. Brad Wilmoth of Page Law LLC in St. Louis, denying each and every allegation.

In her complaint, she alleges the decedent was participating in a racing event for clients of Hertz and their employees at Gateway Motorsports Park in Madison on May 21, 2015, when his go-cart was allegedly thrown off track. The suit claims the go-cart went past barriers and through a chain link fence, and ultimately hit a concrete structure.

Flora Odum alleges the defendants failed to have first responders available to provide rescue services to her husband. She also claims that when an ambulance did arrive, it did not have the proper medical equipment and training to help him.

As a result, she alleges the decedent’s family members watched him suffer for approximately 25 minutes following the wreck before “proper” emergency services arrived on scene.

Flora Odum further alleges the decedent later died as a result of the incident.

However, a Madison County coroner’s inquiry verdict states that the decedent died on May 25, 2015, as a result of heart failure, or specifically arteriosclerotic and hypertensive cardiovascular disease.