Hilmes: 'People of 20th Circuit deserve judges who will be fair, impartial'

Running as a Republican in the March 20 primary, candidate for circuit judge Marshall Hilmes said he would like to see changes take place in the Twentieth Judicial court system.

“I'd like to see Illinois courts return to emphasizing on the people rather than attitudes - political and social agendas,” he stated in a recent campaign video.

“It is my goal to see Illinois courts once again setting the standard for the judiciary.” 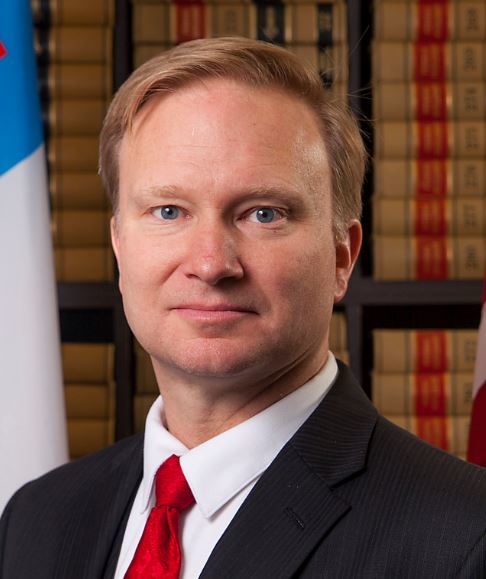 Through prayer, “We decided this was the year," he said.

The two will face off in the upcoming primary for the vacancy of Circuit Judge Jan Fiss who will retire at the end of his term in December. The seat is an at-large position in which voters in St. Clair, Monroe, Perry, Randolph and Washington counties elect the candidate.

The winner in the primary will go on to face Associate Judge Heinz Rudolf in the November general election.  Rudolf is running unopposed as a Democrat in the primary.

Hilmes has served as a prosecutor in the St. Clair County State’s Attorney’s office, having handled “hundreds of cases a week” and trials; he served on a special task force for violent crime with federal and state officials; he currently serves as a municipal prosecutor and city attorney for Collinsville; he is an arbitration hearing officer for the state and a zoning officer. In his general private practice in Marissa and Caseyville, in which he serves clients across 10 counties, he focuses on the constitution and family law.

“If you ask anyone who knows me you’ll hear that I’m honest, forthright, fair and hard working,” he states on his campaign video.

Early on in his law career, Hilmes said he knew he wanted to be a judge. And by design, he said he structured his law practice so that he would gain experience in almost all areas of law, something he believes will be an asset for him as a judge.

Perhaps the biggest hurdle Hilmes may face as a Republican candidate for judge are politics, particularly in St. Clair County.

Having been hired by former St. Clair County State’s Attorney Bob Haida, now an elected circuit judge, and also having worked under current Sate’s Attorney Brendan Kelly – both whom are Democrats – Hilmes said he learned to be “discreet” about being a Republican when he served in that office.

“I did not go to the Democratic events,” he said.

And while Republican candidates have traditionally been underdogs, Hilmes said he believes results this year will more accurately reflect the population’s political balance rather than what the court system’s current balance looks like: 21-3 Democrats to Republicans.

He said he doesn’t believe that just because past elections have almost always resulted in wins for Democratic candidates, that this year will necessarily produce the same results.

Seeking election as a circuit judge has proven the only means of a Republican getting on the bench in the Twentieth Judicial Circuit in recent times.

“Why did I jump in?” Hilmes said. “I believe the population is more divided, it’s more half and half than the current system. There are no associate judges who are Republican…If you’re not from the right political party they are not going to vote you in as a Republican associate judge.”

Having been born and raised in the metro-east, Hilmes said he comes from a large, blue collar family with roots in farming, distribution and the trucking industry.

His parents were active in their church while he was growing up, which helped him learn by example in how to serve others, he said.

His law career essentially began before he graduated from St. Louis University School of Law as a Court Appointed Special Advocate (CASA), representing abused and neglected children as a guardian ad litem.

He worked his way through undergraduate studies at Southern Illinois University Edwardsville employed as a preloader for UPS and worked as a driver in a family business that provided same day delivery of sensitive materials – organs, medical equipment and hazardous material, for instance.

In announcing his candidacy, Hilmes said he would work hard to “ensure justice for all people and to fairly apply the rule of law.”

“The people of the 20th Circuit deserve judges who will be fair, impartial, and who will work hard and consistently to apply the law with compassion, humility, and integrity. Southern Illinois is ready for additional changes in their judiciary that better reflect the values and principles of the people.”