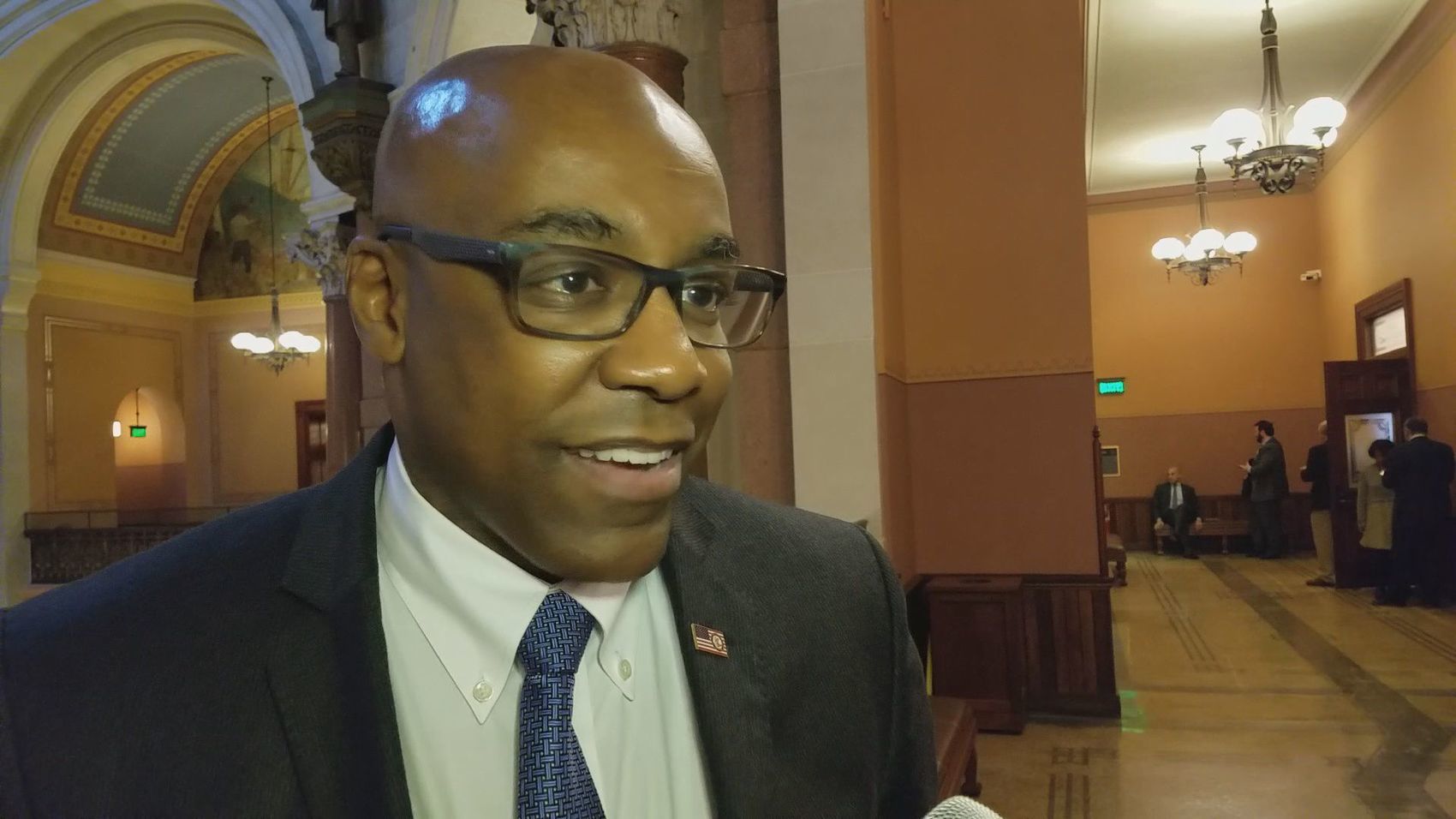 State Senator and 2018 attorney general candidate Kwame Raoul reacting to allegations of inappropriate behavior within the Democratic Party of Illinois.

Calls from the Democratic Party of Illinois to address the party chairman’s handling of harassment complaints within the political power structure are mounting following another announced shakeup because of inappropriate behavior.

State Rep. Kelly Cassidy, D-Chicago, called Tuesday for an independent investigation, perhaps from outside the state.

The latest was a volunteer being let go. Madigan said Monday the volunteer, which other media have identified as Shaw Decremer, behaved inappropriately with a candidate and staff in 2016.

“I quickly made sure the individual had no participation in any activities my committees are involved in,” Madigan said in a statement.

“I reaffirm my commitment to change the culture,” Madigan said. “I do not tolerate inappropriate behavior or abuse of any kind and remain committed to ensuring all individuals can do their work without fear of harassment, abuse, or retaliation."

Last Monday, Madigan announced the dismissal of another campaign supervisor, Kevin Quinn. Political consultant Alaina Hampton alleged Quinn made numerous unwanted advances toward her. She said there was a cover up, something Madigan denied. Hampton also said she knew of other cases. Madigan’s attorney confirmed that but wouldn’t provide any other details.

All of this has led to several statehouse Democrats calling for Madigan to either resign as speaker or step down from his party’s leadership position.

“Is it time for new leadership in the party,” state Sen. Kwame Raoul, D-Chicago, said Tuesday. “Yeah, I believe in passing the baton independent of scandal, right. I think it’s healthy for us to push a refresh button and bring new leadership.”

Raoul announced he is donating a contribution he received from Decremer to the Time's Up Legal Defense Fund. State records show Decremer gave Raoul $250.

Last week, Illinois News Network reported calls by state Rep. Carol Ammons and Comptroller Susana Mendoza for the Democratic state central committee to investigate harassment within the party. Within days, Madigan tapped the two and U.S. Rep. Cheri Bustos to lead a panel on the issue.

“We agreed to serve on this panel because it is clear that institutionalized systems have perpetuated sexism, sexual harassment, and inequality in our state’s political system,” a joint statement from Bustos, Mendoza and Ammons said.

“The only significant and sustaining solution will be to change the dynamics and composition of leadership in politics,” the joint statement said.

The panel expects to outline its scope and goals “in the coming days”.

Raoul said it’s important to be thorough and not just react with task forces.

“We have to look at it comprehensively and over time and not just reflexively in a manner in which we’re trying to pull a cover over things,” Raoul said.

The Bustos, Mendoza, Ammons panel said it hopes to present “legitimate findings and effective solutions" but made no mention of Speaker Madigan or the Democratic Party of Illinois’ handling of two cases within one week.

Cassidy's Tuesday statement called for “an independent investigation into this culture that appears to pervade the organizations led by ... Madigan.”

“The slow and steady drip of accusations and dismissals has turned into an endless cycle of lather, rinse, repeat, highlighting the culture of harassment in the legislature and political campaigns,” Cassidy said.

“Because of the unique interconnectedness of his Capitol and political operations, the investigation must not be hampered by organizational boundaries,” Cassidy said. She said the investigators should not be party elected officials or anyone with ties to Madigan and “should have demonstrated experience with investigation of this nature.”

In response, Speaker Madigan said he would cooperate.

"I spoke with Kelly Cassidy today. I told her I will cooperate fully and I will ask independent counsel Kelly Smith-Haley to assist," he said in an emailed statement.

Last fall, it was revealed that more than two dozen ethics complaints against state lawmakers and their staffs went unanswered because the office of the Legislative Inspector General was vacant for nearly three years. The most recent scandal deals with political campaigns, not legislative activity, which has provided a new wrinkle and no clarity on how to deal with the problems.

Greg Bishop reports on Illinois government and other statewide issues for INN. Bishop has years of award winning broadcast experience, and previously hosted “The Council Roundup,” as well as “Bishop On Air,” a morning-drive current events talk show