It’s been nearly a year-and-a-half since an Illinois good government group raised eyebrows over questionable campaign spending by the state’s auditor general, and now the organization is suing over Auditor General Frank Mautino’s failure to respond to records requests.

Attorneys for Kirk Allen, cofounder of the Edgar County Watchdogs, filed a civil action in state court against Mautino over the official’s alleged failure to produce records relating to questions over his campaign spending, which the group first reported on back in January 2016.

The suit was filed on July 12 in the Circuit Court of the Fifth Judicial Circuit in Edgar County. 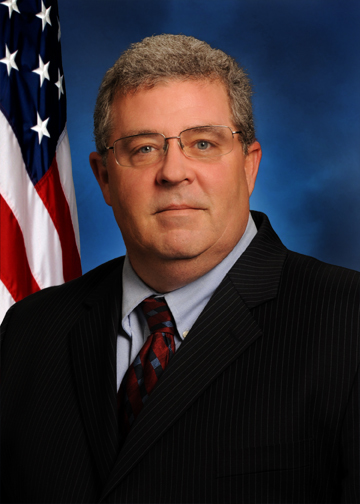 Past news reports show that Allen and John Kraft, the group’s other cofounder, raised awareness through their reporting about questionable spending by Mautino’s campaign during the time he was serving as a state representative.

Mautino, who spent 24 years in the Illinois House of Representatives, was appointed auditor general by the General Assembly in October 2015; he took office the following January.

The inquiries began almost immediately, with Allen’s group questioning $200,000 over a 10-year period that was spent on fuel and vehicle repairs at a service station in Spring Valley, which is Mautino’s hometown.

The group also questioned more than $200,000 in irregular payments that were made to the Spring Valley City Bank, according to reports.

It wasn’t long after the Edgar County Watchdogs reported their findings that both the U.S. Attorney’s Office and the Illinois Board of Elections disclosed they were conducting separate inquiries.

In May 2016, according to news reports, the state board ruled that Mautino “willfully” violated an order it had issued that compelled Mautino to amend his campaign finance reports.

The board ultimately issued Mautino a fine in the amount of $5,000, although that fine appears to remain unpaid.

At the same time, however, the board voted to not refer the matter to local law enforcement, despite Allen’s group seeking to have the board do just that.

Allen previously reported that Bureau County Sheriff Jim Reed also decided against taking any action, citing the ongoing federal investigation as reason to not get involved at the local level.

Allen was informed that if state law violations that wouldn’t be handled through the federal investigation were uncovered, the matter would be forwarded to Illinois authorities.

Aside from the alleged financial irregularities, the Watchdogs raised questions about the prospect of patronage hires, the argument being that Mautino brought people aboard who were unqualified for their respective positions.

In the recently filed lawsuit, Allen claims that Mautino’s office failed to produce all of the records he requested back on Feb. 14, 2016.

The suit says that the office produced a mere 10 documents, in contrast to the 5,500 pages of documents it provided to Allen after a separate records request a week prior, on Feb. 9 of that year.

The Feb. 14 request, the suit says, was for copies of communications asking questions about Mautino’s campaign records between Feb. 10 and 15 of that year.

The suit, which seeks summary judgment, says that Mautino’s office must come forward with “supporting evidence and may not rest on mere argument or its own pleadings,” as to why the entirety of the records request was not fulfilled.

“It is undisputed that [Mautino’s office] is a public body and that Allen requested copies of communications asking about Mautino’s campaign records and any responses to such questions,” the suit reads. “Allen need not make any further showing because the burden of proof on exemption claims and the adequacy of the search lies with [Mautino’s office].”

The suit says that Allen may also address exemption claims by the auditor general’s office, if any arise, over redactions of the records stemming from the Feb.9, 2016 request only after Mautino responds to this summary judgment motion.

It says Allen also disputes the adequacy of Mautino’s searches for records responsive to the Feb. 14 request, and that he insists that the auditor general’s office comes forward with proof of the search that it says it performed.

Last year, Mautino invoked his Fifth Amendment right against self-incrimination while the state Board of Elections was conducting its inquiry because of the ongoing federal investigation, the Madison-St. Clair Record previously reported.

The board had given Mautino up until July of last year to amend his campaign reports.

At the time, the Edgar County Watchdogs, on its website, called on Mautino to resign “as the people of this state will never trust him as our Auditor General knowing he chose to stay silent to avoid-self-incrimination on civil matters that could potentially lead to criminal charges.

The group stated that it learned Mautino was cooperating with the U.S. Attorney’s Office in its criminal investigation, which may have signaled that Mautino was willing to provide information that could point to wrongdoing by other political figures.

Earlier this month, the website mywebtimes.com reported that Allen alleged in his private complaint sent to police agencies that Mautino had falsified documents filed with the board of elections.

Among the allegations were that Mautino listed principal payments to Spring Valley City Bank, while bank records indicated that the checks were cashed, and also that Mautino’s campaign listed expenditures for vehicle repairs with Happy’s Super Service center in Spring Valley but that invoices had shown the payments were actually put toward fuel purchases.

Among the alleged statutory violations in the private complaint are Failure to comply with order of election authority, perjury, mutilation of election materials and forgery.

Copies of both subpoenas to testify before a grand jury were posted to the website of the Edgar County Watchdogs.