Former Madison County Circuit Judge Daniel Stack earlier this month was a panelist at the Mass Torts Made Perfect conference in Las Vegas, one of the largest gathering of plaintiff attorneys in the world.

Stack, 65, of Highland, retired in 2010, after having served as an elected judge for 13 years. He had presided over the court's asbestos docket and dozens of major class action cases. He currently works as a mediator with Aequitas Alternative Dispute Resolution. 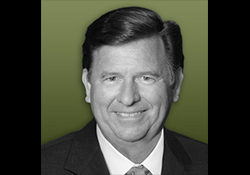 Following is a transcript of his remarks:

What is the appropriate way that lawyers should address women judges?

Stack: Can I tell a little story?

I have a story about a huge that was my colleague. Judge Lola Maddox, who is retied, but we were at a Bar meeting one night and there at the bar, I know you can’t believe that Francis but I was near the bar. But a young lawyer approached us and said good evening to us and then he looked at her and said, “What do you judges call one another?” And Lola said, “I just call him honey.”

Do judges ever talk to each other about a lawyer, a lawyer that is aggressive or uncooperative? Is there any conversation among members on the bench about the lawyers and the way they handle cases? Are there things that lawyers should learn to avoid in court?

Stack: Other than those issues that have been discussed and that I agree with the other judges on, one of my most disturbing things was when a lawyer would show up on the morning of the trial with 200 motions in limine, even 50 motions in limine is ridiculous. And I know that it became a sort of — I don’t know if it is still going on, I’ve been retired for six years — but it became a fashionable thing you didn’t come into trial without having a bunch of motions in limine and it appeared that everyone wanted to try their case by motion in limine.

And I finally, I started saying to the lawyers, go back and pare these down. If you really think we need to be aware of and concern ourselves with when we start taking evidence. Even with those I want you to tell me there is no way for us to stop when this issue arises, take a recess voir dire the witness and let me decide is some eligible way whether this evidence is admissible. So it was just really disturbing and annoying, delaying the trial. Keeping jurors sitting around the hallway waiting because of all of the motions in limine, that was very annoying.

What would you like the lawyer to do in the rare case when the judge isn’t totally prepared?

Stack: If you are in trial and you tell the judge he may want to take something under advisement when you have a jury sitting there you could have a sidebar and suggest that you skip whatever you are doing for the moment and then the judge might need to take a look at this tonight after trial and make a ruling in the morning. And for similar reasons as I gave before. I’ve heard about it being done and I’ve seen it done. I’ve actually had a few people do it to me when they thought I didn’t know what I was doing and I’ve actually said I don’t think I need to take it under advisement or sometimes I’ve said that’s fine I’ll take it under advisement. But that is aa way you get around it.

How do you react to lawyers whose style is particularly aggressive as opposed to layers who are noticeably cooperative, trying to move the case ahead? Or is that a dichotomy that doesn’t exist?

Stack: Oh, I think it exists. I am just trying to remember a few instances. I tried a just trial a couple of years — maybe two years before I retired —with a lawyer I’d known for years who was very aggressive and a very bright guy and he was very pushy. And I finally just at a recess, I had a little sidebar with him and the other attorney and I said — I called by his last name which I won’t use here. I said, Gary you are making life miserable. If you really think that I am a total idiot to the point where you don’t think you are getting rulings you make your objections and note them to the record and if you want to make an offer of proof we’ll send the jury out and you can make the offer of proof. But don’t keep bantering because it looks bad and actually, I told him I am watching the jury’s faces and they don’t like it when you are attacking me and believe me, most jurors don’t like it when they see the lawyer giving the judge a hard time.

Want to get notified whenever we write about Aequitas Alternative Dispute Resolution ?

Sign-up Next time we write about Aequitas Alternative Dispute Resolution, we'll email you a link to the story. You may edit your settings or unsubscribe at any time.