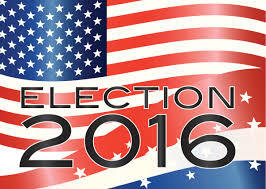 St. Clair County Clerk Tom Holbrook said that in spite of a few complaints of Republican votes turning into Democrat ones at voting machines at the county administration building, all are functioning properly.

An Illinois State Board of Elections representative was at the election office in Belleville on Tuesday to investigate whether any problems existed with the machines and determined there were none, Holbrook said.

He also said it "gets a little frustrating" hearing allegations of fraud, attributing any perceived malfunctioning to operator error. Voters do get to review their ballots before casting them, he said.

"I've been here three years... I've done everything I can to operate a transparent and open office," he said.

"There is nothing wrong" with all 3,000 votes that have so far been cast in early voting, Holbrook said.

Aunye Mabry of Belleville voted on Oct. 21 at the county building and is one who claims that when she selected Republican Rodger Cook for County Board Chairman, her selection instead went immediately to Democrat Mark Kern, incumbent Chairman.

She said she signaled for help, was assisted and ultimately was able to vote as she intended. But, another woman voting nearby "was making a scene" because she too was having problems with getting her selections to stick.

Dallas Cook, Republican candidate for St. Clair County Circuit Clerk and the sitting City Clerk for Belleville, was with Mabry at the time.

Cook said he did not have any trouble casting his ballot, but that the other voter "was losing her mind," stating that her votes were changing from Republican to Democrat.

Holbrook said there are election judges on site to help voters in such instances, but that this particular voter did not seek help.

Cook maintains that even if such an instance happens "even one time," that it is a "violation of the most fundamental right to choose who you want to govern you."

"There are potentially thousands of votes that have gone to the candidate the voter opposes," he said.

Holbrook said that anyone who suspects violations of the voting process can report it to the county's hotline at 618-825-2366 or email voterintegrity@co.st-clair.il.us.

He also encouraged voters to vote early if they want to avoid long lines at polling places on election day, Nov. 8, as turnout is expected to be higher than usual.