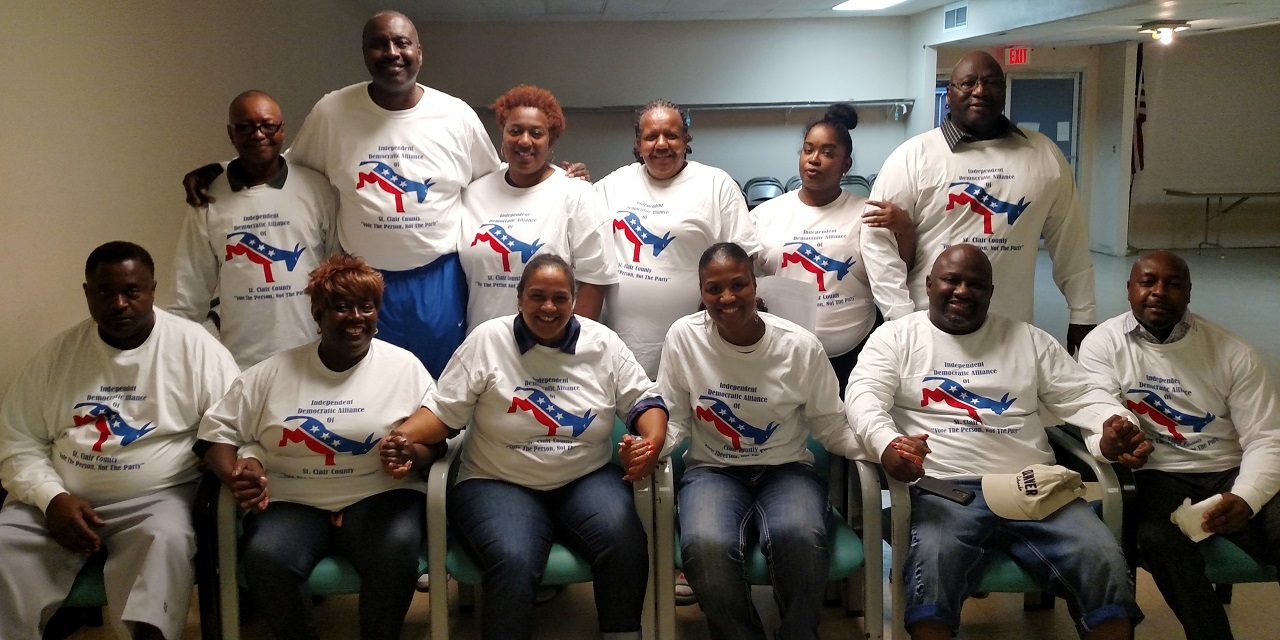 Author and political consultant Ray Coleman of Belleville considers himself an Independent Democrat for the upcoming presidential election, yet his concerns about local politicians led him to establish a political brand that allows participants to caucus with politicians of both major political organizations. 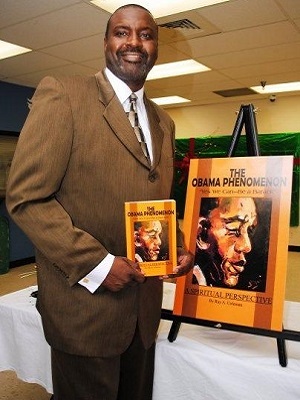 In fact, his strong support of the national ticket is at odds with Belleville-area Democrat leadership.

"I have formed the Democratic Alliance of St. Clair County. I caucus with the Citizens to Elect Ann Rodgers of Washington Park, the New Vision Democrats of East St. Louis, and the Freedom Coalition."

The author of "The Obama Phenomenon: A Spiritual Perspective," who has known the president since 2003 and was active in both the former Illinois senator's presidential campaigns, has not stuck to a straight Democrat ticket. Coleman is a strong supporter of and political consultant for Washington Park Mayor Ann Rodgers, a Democrat, but not for St. Clair County board chairman and former Belleville Mayor Mark Kern, also a Democrat. Coleman says he still feels that current county board member Steve Reeb, who he supported in his race against Kern 2004, would have done a better job.

Coleman believes he is more readily accepted at the White House than he is in East St. Louis, and yet maintains that integrity and doing the right thing is more important than being a partisan. Political independence is something Coleman says he shares with many in the Belleville-area community where he is most active.

"The voters are much smarter than they're being given credit for in under-served communities," Coleman said during a recent on-air interview with controversial radio show host and Republican candidate for state representative Bob Romanik. "We just have to have leaders who are willing to speak the truth to power, willing to call it like they see it."

Political independence is nothing new for Coleman.

"Due to my independence from the St. Clair County Democratic Party, I have been harassed since supporting Republican Jim Edgar, and other Republicans in the early '90s," he said. "I continued to be harassed in 2004 when I bucked the St. Clair County leadership to support U.S. Senate candidate Barack Obama, who had endorsed Illinois Comptroller Dan Hynes."

However, Coleman said he also has received political support in return and witnessed it at the most surprising moments.

"St. Clair County board member Roy Mosley Jr. told Mayor Ann Rodgers in front of me and several other witnesses that she was passed over by Bob Sprague and the Canteen Township Democrats for their chairmanship because she did not have the courage to terminate me as her consultant," he said.

In that TIF program, there is as much transparency as the law allows, Coleman said. "Records are available upon request," he said. "The Clerk, Rickie Thomas is the FOIA officer for the Village, but he doesn't cooperate, he is Mayor Rodgers' political opponent."

"It’s by God’s grace, and my years of devout positive public service and civic involvement that keeps me going strong," he said. "I have been on the verge of being homeless on two occasions. My ability to maintain a decent credit score, and build a decent investment portfolio have taken a big hit while I refuse to leave the area or give in to the threats and intimidation."

There's too much on the line for St. Clair County to back away now, Coleman said.

Nationally, Coleman said he expects a Clinton victory next month.

"I think Hillary Clinton will win the presidential election," he said. "The only question is by how much. Trump will do good not to lose by a landslide."

Coleman also said that a strong Clinton showing might also mean changes in the Senate but not the House.

"If Hillary blows Trump out, I believe the Senate can fall to the Democrats 51 to 49," he said. "If the race is tight, I can see a 50 to 50 tie. The House is too far over in the Republican column to see a party control shift in this election cycle."