The appellate court granted a new trial to Andre Jackson, who faced 60 days in prison and 18 months on probation. 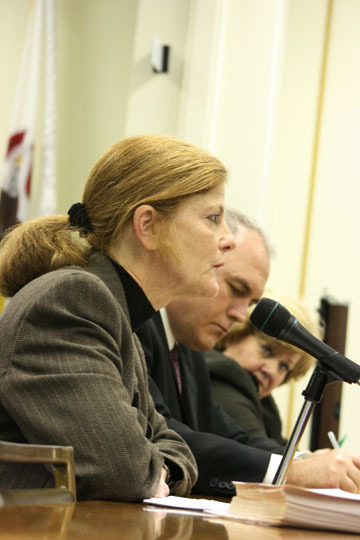 She found it “difficult to conclude that these errors did not impact the verdict of the jury.”

Berry married Jackson after his arrest but before his trial.

They clashed on Jan. 5, 2013, when Berry found a picture of another woman on Jackson’s telephone.

After the clash, Berry left their home to go to her job at St. Elizabeth’s Hospital.

On the way she called supervisor Dawn Peach and described the incident.

Peach told her to go to the emergency room for evaluation.

Kelly also charged him with three counts of domestic battery.

He said to the panel of potential jurors, “Do you understand and accept that Mr. Jackson, who sits here accused of a crime, is presumed innocent of the charge against him, that the presumption of innocence stays with Mr. Jackson throughout the trial and is not overcome unless from all the evidence you believe that the state has proved Mr. Jackson guilty beyond a reasonable doubt?”

“Anybody disagree with that?” he said. No one did.

“Do you understand this means further that the state of Illinois, represented by Mr. Fuld, has the burden of proving Mr. Jackson’s guilt beyond a reasonable doubt?” Baricevic said.

“Anybody disagree with that?” he said. No one did.

After selection of a jury, but outside of its presence, defense counsel James Ellis asked Baricevic if he reviewed the four principles of a fair trial.

Baricevic said, “I think I did.”

“I mean, you can see what the appellate court says,” he said. “I think I complied.”

When Berry took the stand, she said she dropped a petition for a protective order against Jackson and wanted the charges against him dropped.

Nurse Capps testified about injuries she observed, but admitted she didn’t know how they occurred or whether Berry exaggerated.

Officer Weinel testified that he didn’t observe any redness around Berry’s neck, and that he had no firsthand knowledge of what happened.

Supervisor Peach testified that she observed redness on Berry’s neck but that it had faded by the time Weinel arrived.

Jackson, the sole witness for the defense, testified that he stuck out his left arm and made contact with Berry’s neck as she charged him and swung her fist.

He said he never choked her and didn’t hear her gasp for air. He also said that she hit him in his face and on his shoulder and arms.

On appeal, Jackson successfully argued that Rule 431(b) required Baricevic to ask each juror if they understood and accepted the four principles.

Cates wrote, “Under Rule 431(b), the trial court may question potential jurors individually, or as a group, but it must allow each prospective juror to respond when asked whether he or she understands and accepts the principles stated in the rule.”

The rule is intended to end the practice of making a broad statement followed by a general question concerning a juror’s willingness to follow the law, she wrote.

She also wrote that failure to ask whether jurors understand the principles constitutes error alone.

Cates rejected the state’s claim that jurors would have convicted Jackson anyway, writing that she was far from convinced that the evidence was overwhelming.

She wrote that Capps, Weinel and Peach did not have firsthand knowledge of what happened.

“The quality of their testimony is weak and inconsistent,” she wrote.

She wrote that Berry’s testimony offered little clarity, and her injuries were consistent with Jackson’s version of what occurred.