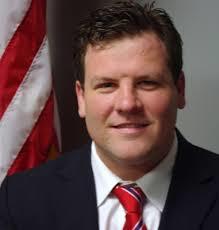 Bost, of Murphysboro, was first elected to Congress in 2014 to a seat which had been a Democrat stronghold for decades.

While the majority of Bost’s contributions in the first quarter came from political action committees; Baricevic’s came primarily from the plaintiff’s bar.

Since announcing last July, Baricevic has raised $546,853. Among those contributing to Baricevic include:

Former Simmons partner Jeffrey Cooper has given the maximum individual contribution allowed in 2015 and this year for a total of $5,400.

Attorneys at Keefe and Keefe in Swansea also have donated the maximum, including two legal assistants and a receptionist who gave $2,700 apiece.

So have sitting judges, former judges and a former U.S. Attorney.

The candidate’s father, Chief Judge Baricevic, has given $2,700.

In the 2014 election, Bost defeated Democrat Bill Enyart of Belleville who held the office for one term. Enyart carried the torch for the Democrat party in 2012 after Jerry Costello chose not to seek re-election after having served in Congress 24 years.

Want to get notified whenever we write about Maune, Raichle, Hartley, French and Mudd ?

Sign-up Next time we write about Maune, Raichle, Hartley, French and Mudd, we'll email you a link to the story. You may edit your settings or unsubscribe at any time.