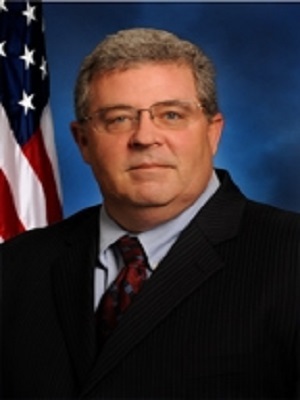 SPRINGFIELD – State Rep. Dwight Kay (R-Glen Carbon) said that it's time for the embattled Illinois Auditor General Frank Mautino to step down in light of his "dogged refusal to answer questions" about prior campaign finances.

"It is my opinion that the Auditor General, Mr. Mautino, needs to resign," Kay said. "He needs to do it for his own good and the good of the state of Illinois."

Mautino's ability to do the job is not in question, Kay said, rather it is his credibility.

"His signature means nothing now," Kay said. "If he was innocent, if he is innocent, he's needed to come out and say so. But he hasn't done that. Instead, he's lawyered up and he' ready for a fight."

Mautino was appointed last October to replace Auditor General William Holland who had retired in the third year of his 10-year term. Mautino was overwhelmingly approved by the General Assembly, with a unanimous 55-0 vote in the Senate and 102-10 in the House. Mautino was sworn in during a ceremony in December, becoming the state's third Auditor General, a post established in the 1970 state constitution.

Mautino officially took office Jan. 1 in a position that pays $152,000 per year.

Prior to his appointment, Mautino, 53, had served in the House for 24 years. He became a deputy majority leader in 2011. He served 18 years on the Legislative Audit Commission before resigning from that panel last summer to apply for the auditor post.

Soon after his appointment, questions began to surface about his campaign expenditures, including fuel and repair expenditures, which reportedly topped $200,000 in almost 11 years.

Kay said his own investigation put the figure at closer to $500,000.

The "Edgar County Watchdogs" group claims to have quantified $213,338.31 in campaign gas and vehicle repairs paid by Mautino’s political committee since 2005 to a single vendor in Mautino's hometown of Spring Valley, Happy’s Super Service Station. That averages out to about $20,000 per year or $55 each day for the 10 year and nine month period.

Kay said that documents that he's seen through his inquiry is enough to convince him that Mautino needs to step down.

Among state representatives, Kay is not the first to call for Mautino to resign. Rep. Jeanne Ives, R-Wheaton, in an interview with a Springfield radio station, called for Mautino to answer questions or resign. Ives was one of 10 Republican in the House who voted in October against Mautino's appointment.