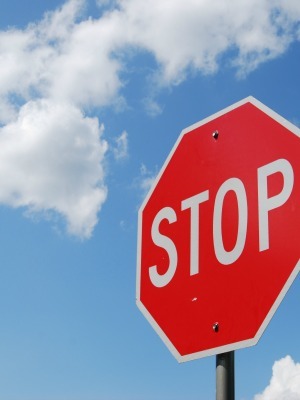 BELLEVILLE – A Belleville woman claims she was injured in an East St. Louis collision, which allegedly resulted from a missing stop sign.

On July 4, 2015, Stewart was driving eastbound on Trendley Avenue at its intersection with 14th Street, while Hodges was in a car traveling northbound on 14th Street, the suit says. After entering the intersection, Stewart's vehicle allegedly collided with the vehicle in which Hodges was a passenger.

According to the complaint, a stop sign was missing from the intersection for northbound travelers.

The plaintiff claims the City of East St. Louis negligently failed to maintain the intersection, failed to have a reasonable system of signs and traffic control devices, failed to replace the missing stop sign, and failed to provide an intersection that was reasonably safe.

As a result, the plaintiff has spent money on medical bills, experienced great physical pain and has been unable to work, the suit claims.

The plaintiff seeks from both defendants a judgment in excess of $50,000, plus court costs and other relief the court deems proper. She is represented by John T. Hipskind and Brady M. McAninch of Hipskind & McAninch LLC in Belleville.