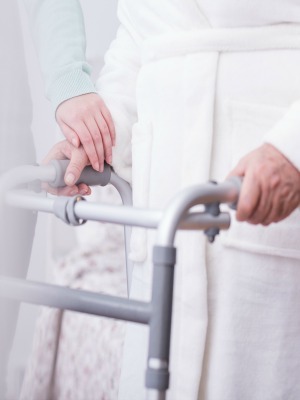 EDWARDSVILLE – The daughter of a deceased woman is suing a nursing home, alleging that negligent actions resulted in her mother's death.

According to the complaint, Bird was a patient at Anderson Hospital in Maryville from Dec. 9-12, 2014. She allegedly had several diagnoses and her care plan called for assistance for her difficulties with mobility. Because she was not able to go home after her discharge from Anderson, Bird was admitted to defendant University Nursing & Rehab Center on Dec. 12, 2014, the suit says.

On Dec. 13, 2014, Bird allegedly fell after getting out of bed to head to the bathroom when she broke her left femur.

She was transferred back to Anderson, where she stayed until she was discharged on Dec. 29, 2014, into the care of Collinsville Care and Rehabilitation Center. She died there on Jan. 16, 2015, the suit alleges.

Bird's next of kin suffered pecuniary injuries as a result of their mother's death and her estate was diminished by having to pay medical and funeral expenses, the suit says.

In addition to a trial by jury, the plaintiff seeks judgment against the defendant for an amount in excess of $50,000 for each count plus court costs. She is represented by Stephen C. Buser of the Law Offices of Stephen C. Buser Ltd. in Columbia.