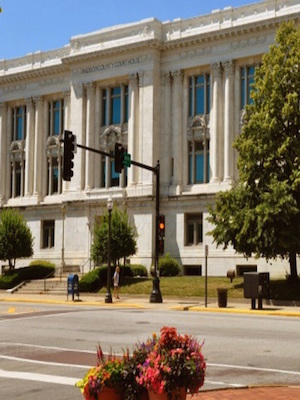 Madison County saw 1,224 asbestos cases filed in 2015, just over what was projected for the year but down from case filings in 2014.

The cases were filed by 16 different firms, most of them local. The others:

During the HarrisMartin Midwest Asbestos Conference in September, attorney Marcus Raichle Jr. of Maune Raichle projected that approximately 1,118 cases would be filed in 2015, roughly 100 cases less than what Madison County actually saw for the year.

Of the 1,224 cases filed last year, roughly 6 percent, or 75 cases, were filed on behalf of Illinois residents, a decrease from years before where roughly 10 percent of the cases were brought by Illinois residents.

Only six of the 1,224 total plaintiffs, or less than half of 1 percent, were filed on behalf of Madison County residents. However, 20 of the cases filed for Illinois residents do not include the county in which they reside.

Information on the plaintiff’s state of residence was not provided for 26 of the cases filed.

And nine plaintiffs are from outside the U.S., including Canada, Puerto Rico, Germany and the Philippines.

Roughly 11 percent of the plaintiffs allege they developed lung cancer as a result of asbestos exposure, a drop from last year’s 35 percent.

While the Gori firm filed 33 lung cancer cases, the most filed by a single firm, 90 percent of the cases it filed last year were mesothelioma cases.

Pintas and Mullin only filed one case in 2015, but it was a lung cancer case.

And the Napoli firm may have filed one of the fewest number of cases last year, but roughly 89 percent, or 16 cases, of those filed by the firm were lung cancer cases, which is in line with what it has traditionally filed in Madison County. Five of Napoli’s lung cancer cases were filed against just one defendant.

- Simmons: 24 lung cancer cases, or 7 percent of its cases filed

One plaintiff alleges colon cancer as a result of asbestos exposure. The Illinois plaintiff’s case was filed by the Goldenberg firm.

Five plaintiffs failed to allege a specific injury, only saying they developed an “asbestos-related” disease.