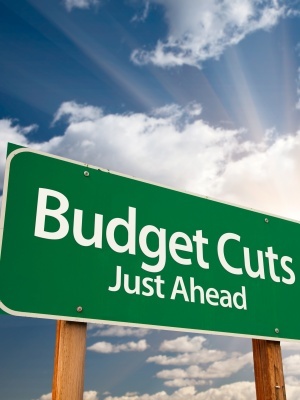 SPRINGFIELD – With the Southern Illinois University (SIU) system on the verge of lowering a budget ax that will slash both jobs and classes, lawmakers on both sides of the aisle are vowing to step up efforts to find a solution even as the House adjourned for a four-week break.

SIU President Randy Dunn testified before the Senate Appropriations Committee on Thursday that the university system, which has lost out on $150 million since last summer’s budget impasse began, will have to cut its budget by nearly $47 million, meaning hundreds of layoffs and 300 fewer classes at Southern Illinois University Edwardsville.

In response, some Republican lawmakers emphasized they were committed to a compromise solution to fund higher education.

State Sen. Bill Haine (D-Alton) said in a prepared statement about SIU, “We cannot continue down this path… . To destroy this great university would be ridiculous and disgraceful. I will fight these cuts with every means available.”

Haine’s spokesman, Joe Stosberg, noted that the Senate did vote to override Gov. Bruce Rauner’s veto of a bill to fund the state’s Monetary Award Program, which provides grants to Illinois college students. The vote was aimed to help higher education, but the House failed to override the bill, so the veto held. The governor described the override attempt as a budget buster that would lead to tax hikes.

Stosberg, who indicated that the Senate would remain in session for the time being, emphasized the senator would keep looking for solutions.

“It’s a big issue for SIU,” he told the Record. “SIUE is important to him and is one of his top priorities.”

Stosberg added, “It’s going to be on the forefront of senators’ minds this week and next.”

Meanwhile, two Republican House members, Dwight Kay of Glen Carbon and Charlie Meier of Okawville, emphasized this week that they are ready to vote on compromises to fund higher education. The pair criticized Speaker Michael Madigan (D-Chicago) for not allowing votes on compromise bills to fund higher education and allowing the House to go out of session until April 4.

“This isn’t the time to dig our feet in politically,” Kay said in a prepared statement Thursday. “It’s time for us to come together and reach a compromise on a realistic plan that can fund SIUE, our community colleges and MAP grants for college students.”

One of the things that divides the two parties on the budget impasse and higher education funding is that Republicans want a dedicated funding stream for any fiscal solution.

“We made a sincere effort to stay and work until we reach a compromise,” Meier said in a joint press release with Kay. “However, the majority of our Democrat colleagues instead chose to take a four-week break, delaying a compromise to fund higher education.”

The House members stressed that waiting to address the issue until April would make a solution more difficult. Both said that that schools such as SIUE, Lewis and Clark Community College, Southwestern Illinois College and Kaskaskia College in Centralia should not have to wait any longer to receive state funds.

Another school, Chicago State University, sent out layoff notices last month to all its instructors, staff members and administrators last month in the wake of the budget impasse. About 900 people are affected, but university officials stressed that the notices don’t mean everyone will be out of a job.

Want to get notified whenever we write about Southern Illinois University Carbondale ?

Sign-up Next time we write about Southern Illinois University Carbondale, we'll email you a link to the story. You may edit your settings or unsubscribe at any time.