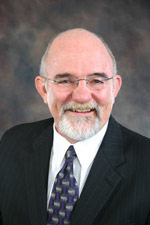 SPRINGFIELD — University presidents and other higher education officials on Thursday told lawmakers they must decide what they want from the state’s colleges and universities.

Higher education hasn’t received state funding outside its pension contributions for this fiscal year, and Gov. Bruce Rauner’s administration is proposing a fiscal 2017 budget that calls for a roughly 20 percent reduction in spending.

“Not to state the obvious, but we’re in a bind and the immediate solution is to get us a budget for this year,” Jim Applegate, executive director of the Illinois Board of Higher Education, told a state Senate appropriations committee.

Illinois, he said, “is on the verge of dismantling a well-regarded higher education system.”

Since 2010, state support of public colleges and universities has declined by about $1.1 billion when adjusted for inflation, Applegate and other officials said.

Applegate said state government should commit to a three-year, stable funding level while the higher education systems commit to increasing efficiency and affordability.

Senators, particularly Republican members of the panel, focused on what Illinois can do to bring down its higher education costs — or at least put more dollars in the classroom.

Sen. Jim Oberweis, R-Sugar Grove, asked how pension obligation affects the amount of money that makes it to classrooms.

Of about $4.1 billion appropriated for higher education in fiscal 2015, more than half went to pensions.

Pension obligations are “literally sucking the air” out of higher education funding, Applegate said. Had the state kept up with its pension payments, leaving itself in a position to mind only current obligations, today’s crisis would be more manageable, he added.

“Not a dime of that (pension) money helps a student get a degree,” Applegate said.

Further, the governor's proposal would shift more of the pension burden from the state to the universities.

University presidents testifying in the non-voting session said they’d work with lawmakers and the governor, but they also painted a picture of an education system in deep distress.

“We cannot do what we do without a consistent and predictable level of state support,” said Randy Dunn, president of Southern Illinois University.

Dunn has outlined more than $46.5 million in reductions that he says SIU would need to make under the governor’s fiscal 2017 budget. They include cuts of $22.8 million at SIU-Carbondale, $14.1 million at SIU-Edwardsville and $8.8 million at the medical school in Springfield.

“These cuts … are going to have to take place if we can’t figure out this new covenant and have a budget for ’17 that makes us viable,” Dunn said.

The SIU system, the state’s second-largest after the University of Illinois network, “is not going to close,” Dunn said. “We may look like a very different institution two or three or four years down the line, depending on what happens to state support.”

Further, “The scope of programs and the level of opportunity that we provide to students could be very drastically scaled back,” he added.

Sen. Matt Murphy of Palatine, the GOP’s deputy leader, said lawmakers understand the problems but changes have to be made.

Bills are in play this session to help address the lack of funding in higher education.

Democratic-backed legislation to authorize $3.7 billion spending this fiscal year for higher education and some human services has cleared the House.

But the administration has indicated the governor will veto the two-bill package if the Senate passes it. The GOP argues the money to cover the spending doesn’t exist and says the state is already sitting on a $7 billion stack of unpaid bills.

The GOP is pushing its own legislative proposal, which it says would provide $1.6 billion for higher education. Democrats argue that plan would give the governor lone, unprecedented power over state budgeting and spending decisions.

The Senate was in session Thursday but did not take up final work on substantive legislation. The full chamber met for only about an hour.