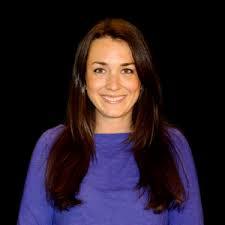 It’s a maddening state of affairs in which taxpayers continue to pay more and more each year, while continuing to see smaller and smaller returns.

In other words, a quarter of Illinois’ general-fund tax dollars don’t pay for services, roads or anything that benefits taxpayers. Instead, the state pours those tax dollars into state-worker pensions and health care benefits, which cost Illinois $9.3 billion in fiscal year 2015.

Rauner’s plan to cut costs is to enact Senate President John Cullerton’s 2013 pension plan, which the governor said would save $1 billion a year starting in fiscal year 2018.

This is a start, but to fully fix pensions and harmonize state spending – so taxpayers aren’t forced to pay more for pensions and benefits than services – ultimately, Illinois will need to embrace 401(k)s instead of defined-benefit pension plans.

To understand just how bad the disparity between spending on benefits versus services has become, look no further than the state’s education budget. From 2009 to 2014, Illinois teacher pensions consumed 89 cents of every new dollar spent on education.

Even though state spending on K-12 education for downstate and suburban schools has grown by nearly $4 billion since 2006, funding for the classroom, the amount of money that actually finds its way to students, has stayed virtually flat. Billions of additional dollars are being pumped into education spending, but it’s all going to ballooning retirement costs.

The meteoric rise of pension and benefit spending goes a long way toward explaining the state’s budget crisis. With so much spending obligated to go toward pensions and health care for state workers, there’s not much left for anything else.