Former rail worker alleges he was terminated due to his age 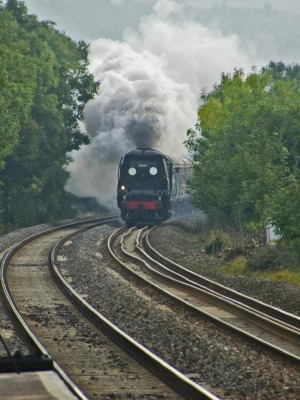 EDWARDSVILLE – A rail worker is suing over an alleged wrongful termination from his job.

According to the complaint, Hensler was 64 years old at the time of the termination from the defendant's employment. The suit states he was qualified for his position and was able to perform all essential functions of his job. He was replaced, the lawsuit states, by a worker younger than 40.

Before he was terminated, the suit says the plaintiff was subjected to a hostile work environment, harassment and discrimination because of his age.

Because of the alleged wrongful termination, the plaintiff has suffered loss of wages and fringe benefits, emotional distress, pain and suffering, loss of enjoyment of life and other losses.

He seeks at least $50,000 for each count, attorneys' fees and other relief the court deems appropriate. He also seeks pre- and post-judgment interest. He is represented by Michael J. Brunton and Mary M. Stewart of Brunton Law Offices PC in Collinsville.

Want to get notified whenever we write about Brunton Law Office PC ?

Sign-up Next time we write about Brunton Law Office PC, we'll email you a link to the story. You may edit your settings or unsubscribe at any time.