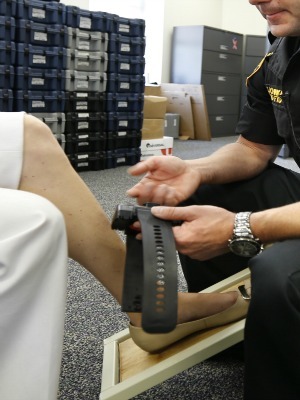 BENTON – An imprisoned Edwardsville man is suing Madison County, alleging a violation of his civil rights when he wasn't able to attend his grandfather's funeral.

Thomas E. Newby II, incarcerated by Madison County, filed a lawsuit in the Benton Division of the Southern District of Illinois on Jan. 20 against Madison County.

According to the complaint, Newby requested a furlough from his incarceration so he could attend the funeral of his grandfather, but he the defendant did not allow him to go.

The suit says the plaintiff suffered mental distress, mental anguish, and pain and suffering because he wasn't able to attend the funeral alongside his family. He also says he requested that a probation officer or a police officer accompany him, or the application of an ankle monitor so they could be assured of his whereabouts, but received no response.

Newby seeks a trial by jury and a judgment of $250,000. He is representing himself.