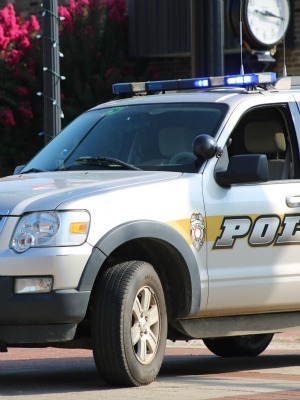 Steven Burnett filed a lawsuit Jan. 19 in U.S District Court for the Southern District of Illinois Benton Division against the Du Quoin Police Department and police officers Dale Swallers and Christopher Robinson, alleging violation of his constitutional rights under the 1st and 14th Amendments.

According to the complaint, on Sept. 4, 2014, Burnett called the Du Quoin police and spoke with Swallers in reference to another tenant at the Perry County Housing Authority in De Quion. The tenant, the suit says, was inebriated and threatened the plaintiff with bodily harm perpetrated by a gang. The lawsuit states Swallers told the plaintiff to ignore the tenant.

On Nov. 2, 2014, Burnett says Robinson visited him, saying another tenant had filed a complaint against the plaintiff. After explaining the situation to the officer, the plaintiff says he was not offered the opportunity to file a counter-complaint. Two days later, the suit says, Burnett again called police but Swallers left the premises without dealing with the situation.

On Dec. 15, 2014, the complaint states, the plaintiff was approached by Robinson, who eventually asked Burnett for his identification, which the plaintiff refused to supply. The plaintiff claims Robinson threatened him with arrest if he continued to refuse to show his ID. As a result, Burnett says he does not trust police officers to handle any occurrences relative to him.