Man accuses driver of negligence after being hit with minivan 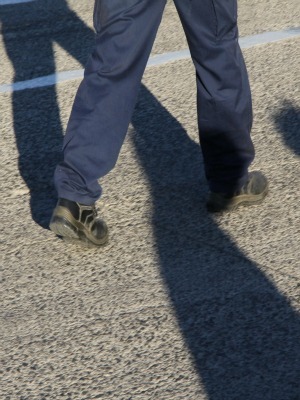 EDWARDSVILLE - An Illinois man is filing suit over injuries he claims he received when he was hit by a minivan driven by a family member.

According to the complaint, the plaintiff claims he was walking along an alleyway near 1720 Kennedy Drive in Madison on March 8. At the same time, the suit states, the defendant allegedly struck the plaintiff with the minivan he was driving.

Galbraith Jr. was negligent in failing to keep a proper lookout while driving, failing to keep his vehicle under proper control, driving too fast for conditions and failing to reduce speed to avoid an accident, the complaint states.

As a result, the plaintiff purportedly sustained permanent injuries, became liable for medical care in the past and future, suffered great pain and has been hindered in the performance of his day-to-day activities, causing him lost wages.

He is seeking at least $50,000 plus court costs. He is represented by Randall Steele of the Steele Law Offices of Glen Carbon.

Want to get notified whenever we write about Steele Law Offices LLC ?

Sign-up Next time we write about Steele Law Offices LLC, we'll email you a link to the story. You may edit your settings or unsubscribe at any time.