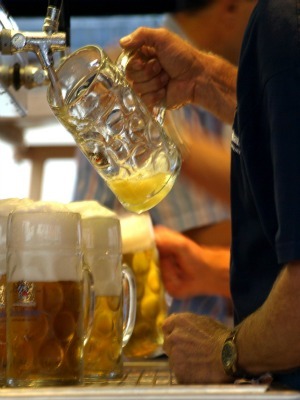 EDWARDSVILLE – A Granite City woman is suing a motorist and the Madison club that allegedly served the defendant alcohol, alleging negligence for injuries suffered in a car crash.

Tonia l. Smesler, by herself and behalf of her son and best friend Jonathon W. Smesler, filed the lawsuit Jan. 19 in Madison County Circuit Court against Veronica L. Thuis and St. Stanislaus Lodge No. 1004, doing business as the Polish Hall, alleging violation of the Dram Shop Act.

According to the complaint, on May 31, 2015, Jonathan Smesler and defendant Thuis were leaving the Polish Hall in a vehicle owned and operated by Thuis. The suit says Thuis was driving east on 10th Street in Madison when she swerved into the adjacent lane, colliding with another vehicle.

The lawsuit states the collision caused injuries to Jonathan Smesler.

As a result of the collision, the defendant was charged with driving under the influence of alcohol and plead guilty Dec. 3, 2015. In addition to driving drunk, the suit says, the defendant was speeding, failed to keep her vehicle under proper control, failed to stop at a stop sign and failed to yield the right of way, among other traffic violations.

The suit states Jonathon Smesler was severely injured, causing disability, has incurred medical bills and has been unable to perform activities as he has in the past. The complaint states Polish Hall sold or gave alcoholic beverages to Thuis, which she consumed, causing her to become intoxicated.

Tonia L. Smelser also brings her case against both defendants under the Illinois Family Expense Statute.

The Smeslers each seek at least $50,000 for the four counts against the defendants plus court costs. They are represented by attorney James M. Ruppert of Hassakis & Hassakis PC in Mt. Vernon.