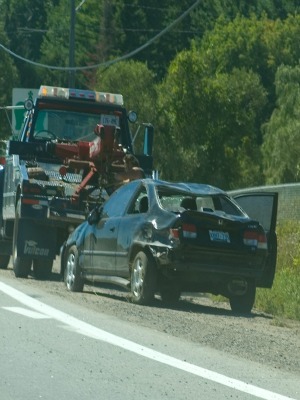 EDWARDSVILLE – A Madison County man is suing a Pontoon Beach motorist, alleging negligence for injuries he says endured in an automobile accident.

According tot the complaint, on Oct. 15, Hedge was driving westbound on state Highway 162 near the intersection of Perigen Lane in Madison County and, at the same time and along the same stretch of roadway, Wyatt was driving eastbound when he crashed into the plaintiff.

The lawsuit states, as a result of the defendant's negligence, the plaintiff sustained several broken bones and contusions to his internal organs. He will continue to suffer pain and anguish, be liable for medical bills and continue to endure loss of a normal life, the suit states. Further, his vehicle was damaged in an amount still to be determined, the complaint says.

Hedge seeks at least $50,000, a judgment to compensate him for property damage, plus court costs. He is represented by attorney Steven M. Diondea of Kullmann, Klein & Dioneda PC in Clayton, Missouri.