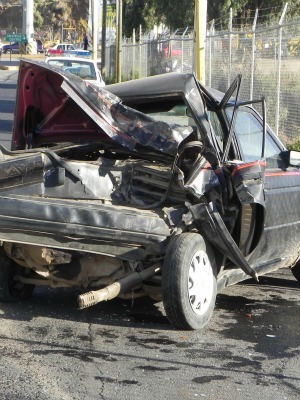 EDWARDSVILLE – A Madison County woman is suing another Madison County motorist, alleging her injuries in an automobile collision were caused by the defendant being intoxicated.

According to the complaint, on Oct. 2, 2014, Norman was driving on Airport Road in Madison County and, at the same time, Buel was driving on the same road and in the same westerly direction. The suit says Buel ultimately drove into the back of the plaintiff's vehicle, causing her severe injuries.

The plaintiff says she suffered severe and permanent injuries both internally and externally, will experience pain as a result of those injuries, will continue to spend money on medical care, and will experience lost wages and damage to her future earning capacity.

Norman seeks at least $50,000, plus court costs. She is represented by attorney Steven Giacoletto of Giacoletto Law Firm in Collinsville.