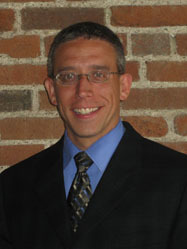 The Illinois State Board of Elections will meet next week to hear challenges to the candidacies of three sitting circuit judges who have chosen unusual paths toward keeping their positions.

Twentieth Judicial Circuit Chief Judge John Baricevic and Circuit Judges Robert LeChien and Robert Haida submitted letters of resignation to Illinois Supreme Court Chief Justice Rita Garman both on Aug. 3 and Aug. 14, 2015, writing that they intended to seek election to their seats rather than to seek retention.

To Belleville City Clerk Dallas Cook's way of thinking, the judges' candidacies are not only unusual, they violate the state constitution.

Cook seeks to have the judges' names removed from the March 15 Democratic primary ballot, arguing their candidacies are not valid because they are required by statute to run on their records on a non-partisan ballot in the general election, not for re-election to seats they are vacating by way of resignation.

In early December, he filed objections to the judges' nomination papers with the State Board of Elections and hired St. Louis attorney Aaron Weishaar to represent him.

On Jan. 4, Kasper argued before an elections board hearing officer that the State Board of Elections is only authorized to decide whether the candidates meet qualifications of office, according to a report in the Belleville News Democrat.

Kasper's motion to dismiss says that Cook fails to allege the judges don't meet the eligibility criteria of citizenship, licensure and residency.

He also argues that Cook's constitutional arguments against the judges' nominations "fly in the face of a plain reading" of statute.

The main battle between Cook and the judges lies in subsections of Article 6, Section 12 of the state constitution.

Kasper focuses on the use of the term "may" in Section 12(d) that outlines how and when judges should file notice with the state on their intention to seek retention. "May" connotes permissiveness and denotes discretion, he says.

He argues that if Cook's position were correct, the statute would have to state "may only" file.

For Cook, Weishaar argued in a brief, among other things, that a dangerous precedent would be set if the judges were allowed to run for re-election to vacancies they created and "clearly would not be the intent of the Illinois Constitution."

If allowed, any sitting judge could unfairly control the electoral process by stifling competition, Weishaar wrote.

A judge could "quietly circulate petitions for nomination without any announcement of any kind, and then on the very last possible day resign from his office (effective the last day of his judicial term) and at the same time file his own nomination papers with the board of elections," Weishaar wrote.

"Meanwhile, there is no time for any opposition to circulate petitions. Even if there should be an opponent, the sitting judge would only have to win the election by a simple majority instead of by the 60% margin when running on his/her own record. The sitting judge could therefore conceivably control the entire situation, including the timing of his resignation and effectively conceal it until he files his resignation. From a simple policy perspective, this should not be permitted."

Only one other time in state history has a sitting judge seeking a successive term sought to file resignation papers, and subsequently seek election to the same seat being vacated. It occurred in the same court in 2006 when St. Clair County Circuit Judge Lloyd Cueto tested the maneuver.

His nomination petition to run on the Democratic ticket was not challenged with the State Board of Elections, although some legal observers opined that it was unconstitutional.

Cueto, however, was challenged in the general election by O'Fallon attorney Paul Evans, who ran on the Republican ticket. Cueto won the race by a margin of 53.6 percent to 46.4 percent.

With the exception of the use of the word "on," in one of them, the judges' six resignation letters with two different dates were identical.

Letters written Aug. 3 indicated the judges would resign effective the last day of their current terms which they believed at the time to be Dec. 5, 2016, a Monday.

On Aug. 14, they wrote in separate letters essentially the same message, except for a different effective date of resignation: "I wish this resignation to take effect on the last day of my current term on December 4, 2016," letters say.

The State Board of Elections will take up Cook's objections at a regular meeting on Jan. 20.

It the Board finds that it does not have the authority to decide the matter, as argued by Kasper, suit would likely follow pressing the constitutional challenge, according to persons familiar with the matter.

Likewise, if the judges were to get unfavorable rulings by the Board, litigation challenging those rulings would likely follow. The case could continue upward until the Illinois Supreme Court resolves the questions.