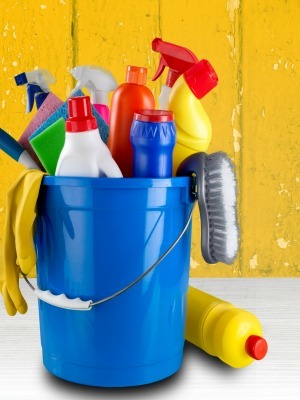 BELLEVILLE – A Belleville woman is suing a chemical company and St. Clair County, alleging exposure to chemicals she experienced while working in a county department.

According to the complaint, between Oct. 5 and Oct. 7, while on duty at the facility at 11 Lincoln Place, Belleville, Rittmeyer was exposed to hazardous chemicals used in the cleaning of the facility. Foley Chemical and Machine Company conducted the cleaning, the suit says.

In addition to using the chemicals, the lawsuit states, neither defendant provided warnings about the chemicals used or how hazardous they are. The defendants also failed to determine if the chemicals were safe for human exposure, the suit alleges.

As a result of the defendants' use of the chemicals, the plaintiff alleges she sustained severe and permanent injuries to her lungs and respiratory tract, which required medical treatment. She says she has spent money on medical treatment and expects to do so in the future. She also has experienced physical pain and mental anguish and hasn't been able to work, thereby losing wages, the suit says.

Rittmeyer seeks at least $50,000 from all three defendants, plus court costs and attorney fees. She is represented by attorneys Kenneth L. Halvachs and Ronald J. Abernathy of Halvachs & Abernathy LLC of Belleville.