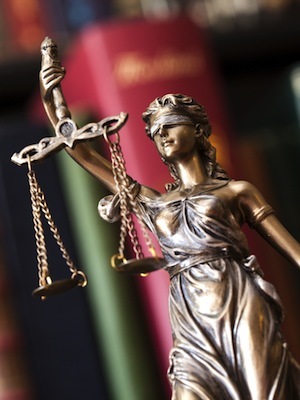 The Illinois Supreme Court announced its approval of a judicial college that plans to create a more comprehensive approach to judiciary education.

The Illinois Judicial College will act in accordance with the Supreme Court to provide educational programs and professional development training to state judges and employees of the judicial branch.

Continuing education is not a new concept for Illinois judges. According to the Comprehensive Judicial Education Plan, judges are obligated to “work to attain, maintain and advance judicial competency.” The Judicial College Board, backed by the Supreme Court, hopes to advance this approach to education and expand perspective on the ever-changing legal and judicial system.

The Court initiated the idea of a college last year when it asked the court's Committee on Education to create and propose a model. All parties recognized the need for a multidisciplinary approach to judicial education, going beyond the existing system led largely by committees and conferences.

“We already have education programs for judges, but we want to expand these programs and deal with issues that address the entire justice system, not just the judges,” said Bethany Krajelis, senior communications specialist to the Illinois Supreme Court.

In the approval process, the Court emphasized the need for collaboration. Under the administration of the Committee on Education, there are already programs for judges to learn together with probation officers, trial court administrators and circuit court clerks, but all parties agree that more could be done.

The transition away from the current educational system to the College plans to be smooth and cost-effective. The members of the Board are all volunteers, and they will utilize committees and programs that already exist to enhance the structure and effectiveness of the College.

“It is cost neutral,” said Krajelis, “The Judicial Conference Committee on Education is being absorbed by the college, so it will move into this new body, which will be in charge of overseeing the whole process.”

“They are trying to take a comprehensive look at all the programs being offered,” said Krajelis.

At the beginning of next year, the Judicial College Board will work with the Administrative Office of the Illinois Courts (AOIC) to form necessary committees, create bylaws, educational principles, policies and standards. They will also be charged with identifying the core competencies for Illinois’ 950–plus judges.

Cook County Circuit Judge Thomas M. Donnelly will serve as chair of the Judicial College Board with Justice of the Fourth District Appellate Court Lisa Holder White serving as vice chair. In a press release by the Illinois State Bar Association, Donnelly expressed his gratitude to the Illinois Supreme Court for a chance to serve as chair, emphasizing goals of respect and collaboration in this effort.