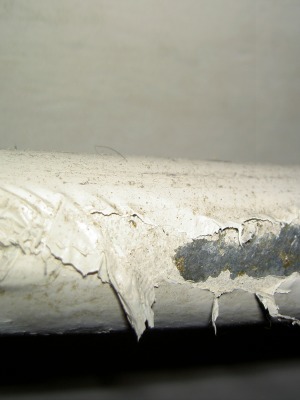 BELLEVILLE – A Toledo, Illinois, woman is suing more than 50 companies, alleging she developed a serious medical condition from inhaling asbestos fibers her father worked around, and brought home on his clothing and person.

According to the complaint, Johnson's father was employed as a welder, an auto mechanic and in construction throughout his working life, many times around asbestos. Dust created by working around asbestos-containing products permeated his clothing and Johnson's father world carry this dust home with him, repeatedly exposing the plaintiff to the dust, the suit says.

On Dec. 12, 2013, the plaintiff discovered that she had developed mesothelioma, caused by the inhalation of asbestos dust, the lawsuit states. Not only does she expect a premature death because of the condition, she has spent large sums of money for medical care, has experienced pain and mental anguish, has been hindered in her normal course of employment and her family will continue to be deprived of her means of support, the suit says.

The plaintiff seeks at least $50,000 from each defendant. She is represented by attorneys Ethan A. Flint, Carson C. Menges and Laci M. Whitley of Flint Law Firm in Glen Carbon.

Want to get notified whenever we write about Ford Motor Company ?

Sign-up Next time we write about Ford Motor Company, we'll email you a link to the story. You may edit your settings or unsubscribe at any time.