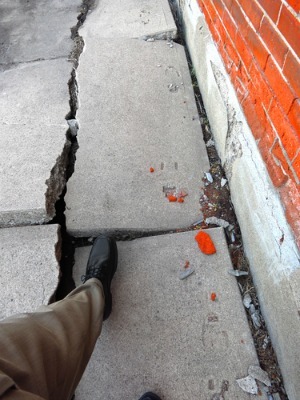 EDWARDSVILLE – A Madison County man is suing an Alton casino, alleging negligence over a trip and fall he says he sustained while using the casino's sidewalk.

According to the complaint, on Dec. 26, 2014, Kozicky was at the casino. While walking toward the parking lot, he tripped and fell on a raised portion of the walkway, the suit says.

The lawsuit states the sidewalks were uneven with height differences of greater than 1 inch, were in need of repair, which the defendant failed to do, and failed to warn guests of the hazard and inspect and repair the sidewalk.

As a result of the fall, the plaintiff alleges he injured his rotator cuff, requiring surgery and the permanent placement of hardware in his shoulder. He also says he is experiencing and will experience pain and suffering, lost wages, medical bills and other out-of-pocket expenses.

Kozicky seeks at least $50,000, plus court costs and attorney fees. He is represented by attorney Michael Glisson of Williamson, Webster, Falb & Glisson of Alton.