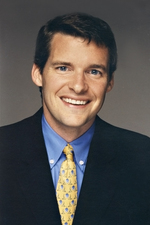 A Chicago election law attorney who has represented President Obama and former President Clinton in election litigation will be helping three St. Clair County judges whose nomination papers face challenge at the Illinois State Board of Elections.

Cook seeks to have the names of the judges who would be running as Democrats, stricken from the March 15 primary ballot. His objections raise the question of whether the state constitution allows the sitting judges to run for election, among other things.

"Article 6 Section 12(d) of the Illinois Constitution requires circuit judges to seek retention for the office of circuit court judge, and not re-election as they propose to do," Cook argues.

In August, the three judges indicated they wanted to continue serving as judges, but were not going to pursue a path by way of a retention vote which requires 60 percent voter approval. Rather, they indicated they would vacate their seats and seek election to vacancies they created through a vote that only requires simple majority to win.

Kasper has until Wednesday to file a motion to dismiss Cook's objections; Cook has until Friday to respond to the motion.

Hearing board officer David Herman will take up the matter on Dec. 22. The three cases will be heard individually, rather than as a consolidated matter.

Kasper also is known as having successfully defended litigation that challenged the residency status of Chicago Mayor Rahm Emanuel during his first campaign in 2011.

Kasper is an attorney with Hinshaw and Culbertson. According to his profile, other clients have included:

- The Illinois House of Representatives. Kasper served as outside House prosecutor in the impeachment of former Gov. Rod Blagojevich.

- State of Illinois and the City of Chicago in redistricting litigation.