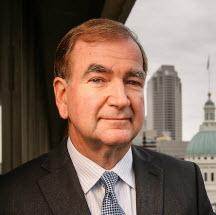 A maritime company seeks to dismiss an employee’s lawsuit alleging injuries while installing a motor on a barge.

According to the complaint, Condiff claims he was working as a tankerman for Genesis Maritime on a barge on June 10, 2012. He claims he was trying to put a screw in a 5,000-pound motor being lowered into the barge when the crane operator allegedly failed to follow instructions and lowered the motor more than needed. As a result, Condiff says his right hand and thumb were smashed.

He accuses the defendants of negligence, unseaworthiness and maintenance and cure, which are all part of the maritime law.

Mike’s Inc. filed a motion to dismiss on Oct. 30 through attorney Robert Nienhuis of Goldstein and Price in St. Louis.

The defendant argues that Count II, which makes claims under the General Maritime Law and is the only count directed against Mike’s, states a claim that is time barred by the three-year statute of limitations.

Condiff’s alleged injury occurred in June 2012, but he didn’t file his complaint until July 2015.

Genesis Marine answered the complaint on Aug. 14 through attorney Raymond Masey and Benjamin Harner of Thompson Coburn in St. Louis. It argues that the allegations outlined in the complaint fail because they were not in numbered paragraphs.

In its affirmative defenses, the defendant argues that the claims are barred by the three-year statute of limitations.

Genesis Marine alleges the plaintiff has been paid “all the maintenance and cure to which he is entitled under the law and is guilty of laches in bringing any such action at this time.”

Condiff is represented by Brian Beckom of VB Attorneys in Houston and Allyson M. Romani of Shrader & Assocaites LLP in Glen Carbon.