Renewable energy movement in Illinois is ramping up; Some lawmakers resist and challenge 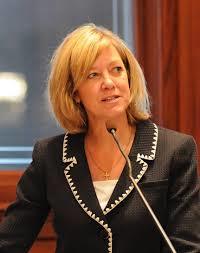 An ongoing state budget impasse is the biggest thing on the minds of state lawmakers these days, but an approaching debate over renewable energy could emerge as another high stakes policy battle.

On the one hand, big money is being spent to convince the public that a fundamental transformation toward a higher renewable portfolio standard (RPS) in the energy marketplace is good for them. Advocates argue that air pollution will be reduced and utility consumers will pay less for electricity.

The Illinois Science and Energy Innovation Foundation (ISEIF), funded by the rate payers of Ameren and ComEd, for instance, will spend about $50 million over 10 years to promote smart grid energy concepts and consumer education regarding smart meters.

Financial support for ISEIF is quasi tax payer-based in that the Illinois Public Utilities Act directs how much the utilities collect from customers and contribute to ISEIF. The group gives grants to clean energy proponents such as the Citizens Utility Board (CUB), which lobbies legislators and litigates against utility companies. In 2013, ISEIF gave CUB $727,320.

Even though a Democratically controlled legislature may go full throttle in support of the controversial Clean Jobs Bill next session, it will be resisted by the legislators who are skeptical about the claimed efficiencies and capabilities of clean energy.

Renewable energy cost analysis conducted by the Heartland Institute of Chicago shows that wind and solar are two of the highest-priced sources of energy. Researcher Sterling Burnett has stated that the closer Illinois gets to the 2025 RPS standards, let alone the higher standards laid out in the Clean Jobs Bill, the higher rates will be.

Some lawmakers see a push toward higher RPS as policy that may be good for clean energy investors, developers, farmers and the local governments that collect taxes, but not for the rate payers who they believe will be forced to pay more, not less as advertised.

And one who believes the issue is "huge" for Illinoisans questions why a clean energy advocacy group that has received direct and indirect funding from the state is even necessary when an official state agency already exists to ensure balance between the interests of consumers and existing and emerging service providers.

State Rep. Jeanne Ives (R-Wheaton) is not a big fan of CUB, which was created by the state legislature to represent the interests of residential utility customers in Illinois.

Following an effort launched by then consumer activist and now former Gov. Pat Quinn, the Illinois General Assembly created CUB in 1983. It directed the organization to advocate for residential utility customers by intervening in rate-making proceedings at the Illinois Commerce Commission, in the courts and before other public bodies. The state statute also permits CUB to promote tougher consumer protection laws in the state legislature, and to provide consumers with assistance with their utility companies.

CUB relies on grants and member contributions. In addition to funding it has gotten from ISEIF, CUB received economic development grants totaling $1.5 million in 2009 and 2011 under the Quinn administration. The money was used to pay for salaries of existing personnel.

Another sign that efforts to push clean energy initiatives are ramping up: a fund-raiser is being held for CUB on Nov. 2 at the home of Scott Kluth in the John Hancock Center in Chciago. "Giving levels" range from $500 to $10,000.

"I don't know why we have a competitive entity to the Illinois Commerce Commission," Ives said.

"If you don't have confidence in what ICC is doing then possibly there'd be a need for CUB, or perhaps you would need better oversight of ICC," she said.

The way Ives sees things, the costs Illinoisans will incur as more renewable energy makes its way into the market place will be significant.

She is concerned that the real costs related to initiatives such as the Clean Jobs Bill are not properly being explained to rate payers.

Provisions laid out in the Clean Jobs Bill, introduced in the state House in February, call for a 35 percent renewable standard by the year 2030.

Wind energy factors significantly in the state's renewable portfolio - at least 75 percent of renewables must come from wind due to the state’s ability to harvest more wind than solar power.

Ives is skeptical that energy derived from wind turbines can efficiently meet demand and at a low cost. She believes efficiency can better be achieved at the transmission level versus at the consumer level. While consumers can learn ways to become more efficient, she said, forcing rate payers to pay more will especially hurt low income payers.

She said her husband works in the wind turbine industry, which is active in states other than Illinois - in Iowa, Texas, Kansas and Oklahoma. The industry hasn't done new work in Illinois because costs of jobs are too high - such as the prevailing wage rate, she said.

"Illinois is the last place wind farms are being built," she said.

And the wind farms that do exist would not exist if not for a federal tax credit - the Production Tax Credit (PTC), which Ives calls "so generous."

The PTC allows companies that generate electricity from wind, geothermal, and “closed-loop” bioenergy (using dedicated energy crops) to be eligible for the credit, which provides a 2.3-cent per kilowatt-hour (kWh) incentive for the first 10 years of a renewable energy facility's operation.

The wind energy credits expired last Dec. 31, but investors and developers count on Congress to extend them retroactively like Congress did last year.

The absence of credits hasn’t stopped the industry, for the American Wind Energy Association reports 102 construction projects in progress in 25 states.

A call to the AWEA seeking information about projects under way in Illinois has not been returned.

The association reports installation of 3,596 megawatts of capacity since January, with capacity of 13,250 megawatts under construction.

The Internal Revenue Service provided temporary comfort to the industry in March, by loosening its eligibility rules.

IRS declared a project eligible for last year’s credits if it started before Dec. 31, 2014, provided that a developer placed it in service by Dec. 31, 2016.

This “safe harbor” rule previously allowed one year for placing a project in service.

It achieved a dramatic affect, in comparison to expiration of credits in 2012.

The association currently favors extension of credits but provides no estimates of losses from last year’s expiration.

"Let's get rid of the tax credit and see what happens in the open market," Ives said. "It's not going to happen."

Regarding the Clean Jobs Bill, which proponents have estimated will create 32,000 jobs, Ives has questioned whether her colleagues sponsoring the legislation will mandate that Illinois rate payers use Illinois wind or whether they can buy from other states.

She said the answer is "yes" - Illinoisans can buy credits across state lines, and that's where the jobs will be.

He said that lower and middle income people are being squeezed at both ends, with EPA rules that are leading to job loss and renewable energy policies that are costing these people more money.

"They've put the clamps on coal," Morrison said. "But we're shipping coal overseas. China is building plants that use coal. We share the same planet."

Germany, he said, had headed down the path toward renewable energy but when the costs became clear they reversed course.

Steve Korris and Amanda Robert contributed to this report.