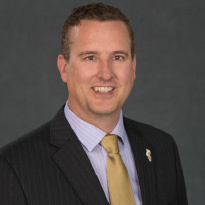 Polls have shown that vast majorities of citizens on both sides of the political aisle back term limits for their elected officials. The 10 seats opening up in the Illinois House of Representatives in 2016 will bring new politicians to the field and should inspire Illinoisans to consider term limits as a way to ameliorate some of the dysfunction in Springfield caused by career politicians.

Gov. Bruce Rauner ran his campaign on the slogan “Shaking up Springfield!” As part of his “Turnaround Agenda” – a set of reforms to put Illinois on a better political and economic course – Rauner has proposed 10-year term limits for all members of the General Assembly and an eight-year term limit for governors.

Opponents often cite the idea that natural attrition already limits the number of terms lawmakers spend in Springfield, making term limits unnecessary. To some extent this does occur: Before any members are voted out of their seats next year, at least 10 representatives will leave the General Assembly for other reasons.

Attrition in both chambers of the legislature is the norm, with turnover rates ranging from 22 to 38 percent during the past three General Assemblies. Only 37.3 percent of the 96th class, who began their terms in 2009, will seek election to the 100th General Assembly.

However, the 35 remaining Democrats who are still serving from prior to 2009 bear much of the responsibility for the current dysfunction in Springfield. (Only 9 Republicans remain from the same period.) So while turnover in membership normally occurs over a few election cycles, term limits would effectively force out House Speaker Mike Madigan, who for three decades has driven the policies that have resulted in Illinois’ current fiscal and political crises.

Although term limits are perhaps not needed for a majority of Illinois’ elected officials, they could address the problems created by the handful of powerful lawmakers who have created the current mess.

A 2015 poll showed that 71 percent of Illinoisans surveyed agreed with the statement: “Bruce Rauner is trying to shake things up in Springfield, but the career politicians are standing in his way.” Term limits could take the “career” out of “career politicians.”

Jim Long is the manager of government affairs at Illinois Policy Institute.