Comptroller: Pension payments at risk; state may have to sell assets to meet obligations 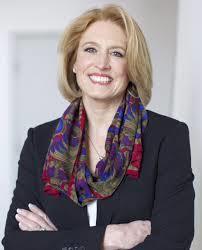 State Comptroller Leslie Munger dropped that statistical bomb on Sept. 23, in a press conference at Holiday Inn and Suites in Edwardsville.

The backlog of state bills reached $5.5 billion in August, she said, and that it would end the year at $8.5 billion.

“We are doing everything in our power to keep our state afloat,” Munger said. “Cash flow is getting tighter every day.”

Munger stopped at the hotel on a tour imploring the General Assembly to sit with Gov. Bruce Rauner and adopt a budget.

“The longer this drags on, the more dire the situation becomes,” she said. “Right now we have money coming in and it goes right out.”

She said her budget hotline takes 5,000 calls a week.

“They are confused and frustrated,” she said. “They wonder when they will be paid.

“In cases of extreme need, we try to get them something if we can’t get them everything.”

Munger said she pays for services to the vulnerable.

She said she cut her budget 10 percent, and other agencies could do the same.

“There is a lot of fat in those budgets and anyone who says otherwise hasn’t tried.”

A reporter asked about job losses and she said, “We didn’t lay off one person.”

She said she gave employees greater responsibilities and they learned new skills.

Another question focused on reinstating the temporary five percent income tax rate, now back down to three, and Munger said it would be nice if it was that simple.

“Our challenges are much greater than that,” she said.

“The temporary tax brought in $34 billion. It was passed to get out of this backlog we are looking at.”

The five percent drove businesses and jobs out of Illinois, and the number of taxpayers decreased last year, she said.

“A balanced budget is the first step,” she said.

In the long term, Illinois must reduce its debt, she said,

She said the state pays $2 billion a year in interest.

“We need to come up with a long term tax cut plan and stick with it,” she said. “It might be misleading that things are going on as normal, that nothing is shutting down.

“Things will begin shutting down if we don’t get some of these things in place.”

Most ominously, she said she was looking at splitting the next pension payment.

She said pensions are 20 percent of the budget.

If the state can’t meet pension obligations, she said, “We have assets to sell.”