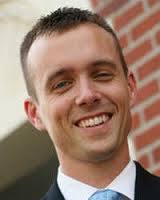 Madison County Republican Central Committee chairman Chris Slusser is frustrated over the selection process used in the recent and pending appointments of five associate judges to the Third Judicial Circuit.

"It's nothing personal," Slusser said. "I'm sure this is a very exciting time for them."

Slusser called out the court's elected circuit judges for ignoring the applications of five Republicans who sought spots on the bench.

"They (judges) made it abundantly clear they don't want diversity of thought," he said.

The five vacancies occurred when associate judges Duane L. Bailey, Ben L. Beyers, II, Donald M. Flack, David Grounds and Elizabeth Levy were not re-appointed in the spring to terms that would have begun July 1.

To put in perspective how unusual it was for such a significant number of associate judges not to be retained at once, only three other associate judges statewide recently failed to get re-appointed..

Forty-six attorneys then filed applications for the Third Circuit vacancies. Sarah Smith and Jennifer Hightower were selected by circuit judges in a second round of balloting and have been sworn into office. Maureen Schuette, Luther Simmons and Flack, who had re-applied, were selected in subsequent balloting and they will soon be sworn-in. Hightower and Simmons are African American. All are Democrat.

"The circuit judges made it very clear that to get an appointment you obviously have to be a Democrat or be an associate from a major asbestos firm," he said. "No one else need apply."

Hightower was the only one of the five selected who had worked in asbestos litigation - at the Simmons firm in Alton.

Slusser said the problem with one-party rule, whether it be in government or the courts, is that "absolute power corrupts," even if Republicans are in absolute control.

He said that judicial elections held in 2014 provide valuable lessons.

In a race for the circuit court seat vacated by former judge Ann Callis, Madison County voters "overwhelmingly" signaled they wanted a change, he said. John Barberis, a Republican, was outspent 40-1 by opponent Clarence Harrison, a Democrat, and yet Barberis won by a margin of 54 to 46 percent.

"And Clarence Harrison may be the best judge as far as fairness," Slusser said.

"Voters want change in the court system," he said. "They are tired of the national reputation as a judicial Hellhole."

He said that diversity of thought on the bench is as important as racial diversity.

Slusser also brought up the difficult path that Supreme Court Justice Lloyd Karmeier traveled to get retained, saying that next year when Madison County Circuit Judges William Mudge and Andreas Matoesian face retention they "may have their hands full."

Karmeier, a Republican, fended off a last minute, $2 million negative campaign, getting retained by a narrow margin of less than one percent.

Slusser said there has been "a lot of talk" about the retention of Mudge and Matoesian, but that his organization has not yet taken a position.

"I would have liked to have seen them run for their seats," he said.