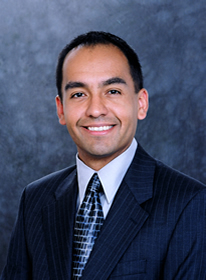 The campaign to remove Justice Lloyd Karmeier from office in November 2014 was fierce, expensive, and relatively brief, but mostly it proved how vulnerable sitting judges can be when it comes time for voters to renew their contracts.

In recent days, three circuit court judges in the Twentieth Judicial Circuit have indicated they want to continue serving as judges, but are not going to pursue a path by way of a retention vote which requires 60 percent voter approval, as outlined by the state constitution.

Judges John Baricevic, Robert LeChien and Robert Haida - who are seated in St. Clair County - plan to run for election versus retention next year. According to the State Board of Elections, they are vacating their seats when their terms expire in December 2016. They have indicated they will seek election to the vacancies they are creating through a public vote that only requires simple majority to win.

In a phone interview Tuesday, Baricevic, chief judge, defended the strategy as legitimate.

"There are two options (for remaining in office): one is retention and one is election," he said. "There are benefits and detriments to both."

When running for retention, a judge bypasses the primary and then runs without opposition or party affiliation in the general election, he said.

"In exchange for that you've got to get 60 percent," he said.

When running for election to a vacancy, a candidate faces "the negatives" of running in two elections with potential opposition, in exchange for 50 percent plus one, or simple majority.

Baricevic indicated the reason for running for election versus retention is based on Code of Judicial Ethics restrictions that sitting judges are bound by when discussing issues such as former judge Michael Cook's drug addiction. There's "no question," he said, that there are more restrictions on judges seeking retention that prevent them from "openly and aggressively" discussing sensitive issues.

"He brought up the drug issue and McGlynn won," Baricevic said. "So why would would I not think the same" will happen in 2016?

Cook's fall from grace came after his friend and colleague Joe Christ died from a cocaine overdose while the two were at a hunting lodge in Pike County. Investigators also found that former St. Clair County probation officer James Fogarty provided drugs to Cook and Christ, who had been a judge for about a week before his death.

Cook is serving a two year sentence in a Florida after pleadning guilty to charges of possessing heroin and unlawfully using a controlled substance while in possession of firearms. He will be released Feb. 20, 2016. He was first elected circuit judge in 2010, and had he served out his term, he would be up for retention next year along with Baricevic, LeChien and Haida.

Fogarty was sentenced to five years in prison on drug distribution and weapons charges, but earlier this year his sentence was reduced to two years. He is scheduled to be released Feb. 18, 2016.

The unusual decisions being made by Baricevic, LeChien and Haida are not unprecedented - retired St. Clair County Circuit Court judge Lloyd Cueto successfully put the maneuver to the test in 2006. Until now, no other judge in Illinois has pursued this path toward victory.

Illinois Civil Justice League President John Pastuovic said his organization opposed Cueto's tactic then as it does now in the case of Baricevic, LeChien and Haida.

"We thought it was wrong in 2006 and we think it’s wrong now," Pastuovic said.

"I guarantee it is not what the authors of the Illinois Constitution had in mind when they created the retention system for judges. It was their intent that judges, once they served, should meet that higher standard of 60 percent retention."

Pastuovic said that while the maneuver is not illegal, "it’s certainly flies in the face of what was intended."

He said that Baricevic's concerns about speech constraints while running for retention are "exaggerated."

"The truth is he and the other judges are concerned their records don’t pass muster and they will not meet the standard set by the judicial retention system."

Steven J. Macias, assistant professor of law at Southern Illinois Umiversity Carbondale School of Law, pointed out that Article VI, section 12(d) of the state constitution establishes procedures for how an elected judge can “succeed himself,” which is through a retention election.

"Although the constitution does not say that this is the only way a judge can succeed him- or herself, it seems clear that is the intent of the section," Macias stated.

"As a practical matter, it makes sense that retention elections should be a sitting judge’s only option. To the extent that the judicial branch is a non-political branch in its day-to-day operations, it furthers the courts’ dignity that the judges not be involved in competitive elections.

"Likewise, a retention election keeps the focus on the sitting judge’s judicial performance in office. Perhaps we should be concerned when a judge wants to take the focus off his record and instead engage in other political debate as a means of regaining office."

Illinois Lawsuit Abuse Watch Executive Director Travis Akin said that what the judges have in mind is not in keeping with the intent of the Constitution.

"It is a clear attempt to game the system much the same way personal injury lawyers having been gaming the system for years in Madison and St. Clair Counties," Akin said.

After the election last year, Karmeier spoke out against the three-fifths voter approval threshold needed by judges seeking retention to their seats.

Requiring that level of victory makes judges "unfairly vulnerable to influences of special-interest groups bent on unseating them," Karmeier told The Associated Press.

The negative attacks aimed at Karmeier were funded by attorneys with stakes in two class action cases that had been overturned by the Illinois Supreme Court in 2005. Both cases have been revived, and if judgments are restored the lawyers could stand to collect approximately $2 billion in fees.

Macias said the state constitution is ambiguous enough that the Illinois Supreme Court could "legitimately" rule against what Baricevic, LeChien and Haida have indicated they will do.

"Absent such a ruling, it would likely take a constructional amendment to fix the linguistic loophole," he stated.

Akin said that a long term solution would be to restructure the way judges are selected.

"I have long supported the idea of combining the best of the merit selection process that exists in Missouri with the election and retention process we have here in Illinois," Akin said.

"I think it is important for citizens to be able to vote in judicial elections but I think there needs to be some mechanism to vet candidates before they get on the ballot to provide assurance that the judges running are qualified to serve on the bench.

"By overhauling our judicial election process here in Illinois we can also put into place rules to prevent the situation we have now in the St. Clair County judiciary."