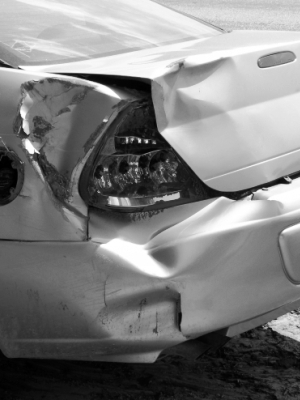 A St. Clair County resident is suing a motorist following a 2014 automobile accident that allegedly left her permanently impaired.

According to the complaint, the plaintiff was operating her motor vehicle on Illinois State Highway 177 near its junction with Radio Range Road in Shiloh on April 1, 2014 when Dauber, heading eastward toward the plaintiff, collided with the rear of Lawson’s vehicle.

The suit states that the accident was a direct and proximate result of the defendant’s negligence. The plaintiff accuses Dauber of several traffic violations, including failure to control his vehicle, keep a proper lookout for other vehicles, reduce speed to avoid an accident, and stop before colliding with the plaintiff.

Lawson contends that she has suffered serious physical and emotional pain and suffering, loss of enjoyment of life, lost wages and medical bills.

The plaintiff seeks judgment in her favor for more than $75,000 plus attorneys’ fees and costs. She is represented by Eric Kirkpatrick of Kirkpatrick Law Offices in Belleville.