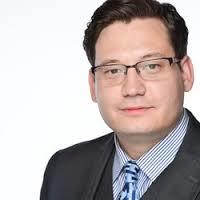 JEFFERSON CITY, Mo. – Against their wishes, lawyers who accuse concession stand operators at Busch Stadium and Edward Jones Dome of exploiting volunteers must pursue their suit in St. Louis.

“Delaware North has made a clear showing that the balance of interests weighs strongly in favor of the proposed transfer,” she wrote.

Leonard sought back pay for thousands who volunteered to work in concession stands.

He toiled at Busch Stadium on May 30, 2013, according to his complaint.

His lawyer, Ryan Paulus of Kansas City, wrote that volunteers were recruited under the auspices that they were raising money for nonprofit organizations.

“Defendant is in fact exploiting a volunteer labor force to avoid paying money for necessary labor, a privilege not afforded for-profit companies under the Fair Labor Standards Act,” Paulus wrote.

Delaware North counsel Douglas King of Clayton, Mo. wrote that all events giving rise to the action occurred in St. Louis and nearly all witnesses reside there.

That didn’t impress Laughrey, who wrote that the Springfield stadium had average attendance of 3,245 and five to seven food and beverage locations.

She wrote that Busch Stadium’s capacity is about 46,588 spectators, with average turnstile attendance of 38,023, and 52 food and beverage locations.

She wrote that the Jones Dome’s capacity is about 65,000, with average turnstile attendance of 38,736, and 47 to 55 food and beverage locations.