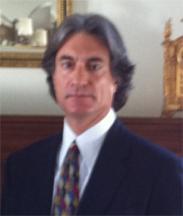 Anderson Hospital and two of its doctors deny liability in a patient’s lawsuit accusing his doctors of failing to catch preliminary symptoms pointing to an eminent stroke.

According to the complaint, the plaintiff allegedly came under the care of Anderson Hospital and Yung on May 13, 2013. He accuses them of carelessly and negligently failing to recheck his blood pressure before discharge and failing to recommend and “follow-up with a qualified healthcare provider prior to the two-three days recommendation noted in the records.”

Motwani and Metro East Healthcare are also accused of failing to examine the patient’s carotid arteries and failing to order carotid artery imaging “for a diabetic, hypertensive, former smoker who was later documented to have significant carotid artery disease.”

As a result, the plaintiff claims he had a stroke that caused him to lose the use of his limbs, endured pain and suffering, disability, disfigurement, loss of enjoyment of normal life and money due to ongoing medical expenses.

Anderson Hospital Express Care denied the allegations against it in its July 6 answer through attorney Jonathan Ries of Sandberg Phoenix & von Gontard in St. Louis.

The defendant also filed a counterclaim for setoff against Fuller. Anderson Hospital Express Care argues that if Fuller enters into a good faith covenant not to sue with any party liable in an action pertaining to the same alleged injury, then the defendant is entitled to a setoff according to the amount given in the covenant.

Yung and Uptown Emergency Physicians answered the complaint on July 7 through attorney Terese A. Drew of Hinshaw & Culbertson in St. Louis. They denied the allegations against them and asserted six affirmative defenses against Fuller.

The defendants argue that the plaintiff was not injured or damages to the extent he claims. They also argue that any alleged injuries are the result of the plaintiff’s own negligence or “some conduct other than defendants’ conduct.”

Motwani and Metro East Healthcare denied the allegations in their July 24 answer to the complaint through attorney Christopher B. Bortz of Neville, Richards & Wuller in Swansea.

The defendants raised three affirmative defenses. They claim that any alleged damages were “not directly or proximately caused by any act or omission of these defendants, but were the result of some conduct other than defendants’ conduct, which conduct was the sole proximate cause of plaintiff’s alleged injuries.”

The defendants also demanded a trial by jury of 12.

Fuller denied the allegations raised in each of the defendant’s affirmative defenses through attorney Joseph Bartholomew of Cook, Ysursa, Bartholomew, Bauer & Shevlin in Belleville.

Yung and Uptown Emergency Physicians filed a motion for protective order on Aug. 7. They allege the plaintiff sought production of the physician partnership agreement between the two defendants, which they claim is confidential.

That same day, the parties agreed to a protective order in regards to the physician partnership agreement.