Pedestrian faults local government, not driver, for striking her 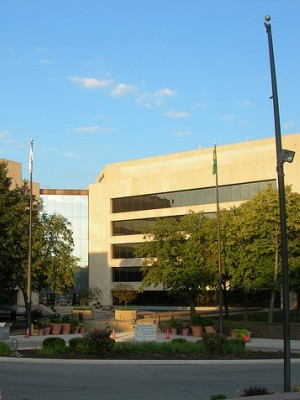 A St. Clair County woman is suing over an automobile accident on a curving Smithton Township road.

Linn M. Lebonick filed suit over an accident that happened when a motorist was allegedly not properly cautioned by the district to drive safely.

According to the filing, Lauren N. Mank hit pedestrian Lebonick on March 31 at approximately 10:46 a.m. while driving her vehicle eastbound on Press Road, approximately 75 feet east of Fisher Road, in Smithton.

Lebonick argues that Press Road was a public thoroughfare owned and maintained by Smithton Township Road District; and that the defendant was in breach of its obligation to erect speed advisory signs and/or curve warning signs, impose a reduced speed limit in the area, and warn motorists of the road’s hazards, including the number and severity of its curves, to avoid injuries and damages.

The suit states that the municipal authority was remiss in maintaining the roadway “in a manner that caused the vehicle driven by Lauren N. Mank to collide into the pedestrian, Linn M. Lebonick.”

Alleging pain, anguish and medical expenses, the plaintiff seeks judgment in her favor for damages in excess of $50,000 plus attorneys’ fees and costs. She is represented by Charles Stegmeyer of Stegmeyer & Stegmeyer in Belleville.