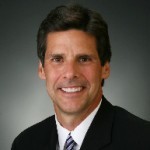 CHICAGO - A new law that sets requirements for the payment of settlements has some defense attorneys concerned about how it will affect their clients, as well as the overall process of negotiating and settling civil cases.

The Illinois Association of Defense Trial Counsel (IDC) joined the Illinois Insurance Association and the Property Casualty Insurers Association of America earlier this month to host a seminar about the new law, which will take effect Jan. 1, at Hinshaw & Culbertson in Chicago.

Among other provisions, Public Act 98-548 will require settling defendants to tender a release to the plaintiff within 14 days of an agreement and to pay the settlement within 30 days of the receiving the executed release.

Pushed by the Illinois Trial Lawyers Association (ITLA), the measure was introduced in February as Senate Bill 1912, passed by both chambers of the General Assembly by the end of May and signed into law in August.

Following Gov. Pat Quinn’s approval of the measure, the IDC expressed concerns in a press release that the new law “is an unwarranted and unnecessary intrusion into the process of settling civil lawsuits, and will hinder settlements rather than promoting prompt settlement.”

Springfield attorney and lobbyist R. Mark Mifflin told attendants at the Nov. 8 seminar the IDC worked with the business community, as well as the Illinois State Medical Society, to try to make changes to the measure, but with the exception of an increase to the deadline for paying out settlements, were ultimately unsuccessful in their efforts.

“No one knows for sure how this is going to play out,” said Mifflin, IDC’s second vice president.

Saying that he finds some of the new law’s provisions problematic in that they don’t fully address liens and provide deadlines that may be unreasonable in certain situations, Mifflin urged defense attorneys to be diligent to avoid negative consequences for their clients.

ITLA President Stephen D. Phillips, however, said in a Nov. 18 phone interview that the new law won’t have huge ramifications because it “codifies common sense.”

He said the idea behind the measure came out of a conversation Chicago trial lawyer Bob Clifford, a past president of ITLA, had with attorneys about a New York law that sets requirements regarding the prompt payment of settlements.

Saying that the new law simply intends to ensure plaintiffs get paid, Phillips said there are instances in which plaintiffs, through their lawyers, “have to fight to get paid” because some, not all, insurance companies “throw up obstacles” to delay paying out settlements.

As an example, Phillips, a Chicago attorney, said he settled a case in October and was told his client would get paid by Nov. 1, but that he has still yet to see the settlement payment.

“Sometimes it can take a few months to get paid,” he said.

While the IDC claims the issue of payment can currently be handled by the courts through motions to enforce settlement agreements, Phillips said that prior to the passage of SB1912, there was nothing on the books that gave trial lawyers the “teeth” they needed to ensure the prompt payment of their clients’ settlements.

“When cases settle and the plaintiff is entitled to money, they should receive money in a prompt, timely fashion and not have to spend their time, lawyers’ time and court time trying to get an agreement enforced,” Phillips said.

David Levitt, a defense attorney with Hinshaw & Culbertson who spoke at the IDC seminar, said trial lawyers’ claims that insurance companies try to delay settlement payments is “a fallacy.”

Pointing to an August news article in which Clifford was quoted as disputing the possible perception that the ITLA-backed bill was “a power grab,” Levitt said the new law “is as much as a power grab as I’ve ever seen and I’ve being doing this for 34 years.”

Levitt, who doubles as IDC’s president-elect, said he believes the new law “will slow settlements” and likely end the days of being able to settle cases with opposing counsel on the courthouse steps or over the phone.

On behalf of ITLA, Phillips said he disagrees with the contention the new law will slow down the settlement process.

Based on the new law’s provisions that trigger deadlines upon the tender and receipt of releases, Levitt said he will no longer make oral settlement offers, will require everything to be put in writing and be cautious in responding to emails from opposing counsel regarding settlements.

In addition to getting everything in writing, Chicago attorney Stephen Loverde told attendants at the IDC seminar that they should also ask their opposing counsel to waive provisions of the new law when working on settlements.

He said he is optimistic that plaintiffs’ attorneys will agree to do so, especially in cases that are more complex in nature and involve multiple defendants.

Phillips, ITLA’s president, said he believes most trial lawyers “put everything in writing anyway” and would be open-minded to waiving the provisions of the new as long as they have good, working relationships with defense counsel.

He said he can think of several attorneys and insurance companies that he “wouldn’t blink” twice about in agreeing to requests to waive the law’s provisions. If the defendant insurance company, however, has a reputation of delaying payments, Phillips said he would likely be less inclined to do so.

Mifflin and Frank Stevens, an insurance defense attorney in Chicago who also spoke at the IDC seminar, said they also have concerns over liens.

Stevens said the law fails to protect defendants from exposure to double payment if the plaintiff doesn’t satisfy third-party claims against the settlement. He said liens “complicate things” and “will make it very difficult to negotiate.”

As such, the speakers at the IDC seminar urged defense attorneys to address any possible lien issues during negotiations and before entering into settlements.

Mifflin said because defendants are liable for liens until they are paid, it leaves defense counsel in the tough position of having to rely on the plaintiff’s lawyer to protect their client’s interest in the settlement.

“We’re going to have to trust the plaintiffs’ lawyers,” Mifflin said, later adding that “we all have to be diligent.”

Want to get notified whenever we write about Illinois Trial Lawyers Association ?

Sign-up Next time we write about Illinois Trial Lawyers Association, we'll email you a link to the story. You may edit your settings or unsubscribe at any time.