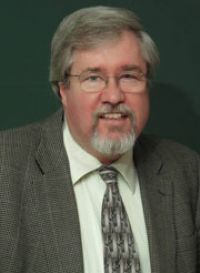 Madison County Circuit Judge William Mudge has taken under advisement a defense motion to transfer and/or dismiss a case alleging that a recently deceased man forged his sister’s signature on a document that purportedly conveyed his sister’s interest in a piece of property to him.

Jane Childerson filed a complaint on April 30 alleging that she and her brother, Kenneth R. Childerson, became co-owners of a piece of property in Bond County when Edward R. and Irene O. Wegmann transferred the land to them.

Without Jane Childerson’s knowledge, her brother allegedly forged her signature on a quit claim deed, which conveyed her interest in the property to him, the complaint states.

The suit goes on to state that Jane Childerson did not know about the forgery until after her brother’s death in 2012.

Langenhorst, who was working for the other defendants in this case, allegedly notarized the signature on the deed.

According to a plaintiff’s motion to sever the quiet title claim, filed on Aug. 7, the claim must be taken to Bond County. However, all other counts belong in Madison County as that is where the alleged forging took place and where the defendants did business together.

In that response, Dripps addresses a defense argument that the suit had to be filed within “two years from the time the person bringing the action knew or reasonably should have known of the injury for which damages are sought.”

According to the complaint, Jane Childerson was unaware of the forged deed until after her brother died on Jan. 7, 2012. The response continues to say that the statute of limitations does not apply because the alleged forgery of the plaintiff’s signature was concealed.

Dripps' filing also addresses the additional defendants in the case and argues that each defendant is responsible because the individuals were Langenhorst’s employer, principal and supervisor. Thus, they had some knowledge that Langenhorst’s methods were “’unauthorized, unlawful, abusive, negligent, reckless or injurious,’ because they were the defendants who determined what methods Langenhorst used,” according to Dripps.

The plaintiff seeks damages from Langenhorst, who she claims breached her legal duty by failing to ensure that the signature she was endorsing was valid, and from Johannes and Marron, who allegedly failed to properly supervise Langenhorst, according to the complaint.

She also wants the court to declare the quit claim deed void and to restore her interest in the property in addition to other relief the court deems just.

Want to get notified whenever we write about Heyl Royster ?

Sign-up Next time we write about Heyl Royster, we'll email you a link to the story. You may edit your settings or unsubscribe at any time.