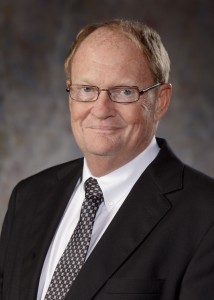 Madison County Circuit Judge Dennis Ruth denied a defense petition for leave to appeal in a lawsuit over the death of Illinois state trooper Kyle Deatherage.

The petition was filed by defendants Dot Foods and Dot Transportation on July 25 and denied on Aug. 21. The companies had sought to appeal Ruth's earlier decision denying their motion to transfer the case from Madison County to Montgomery County where the fatal accident occurred.

In the civil suit, plaintiff Sarah Deatherage claims she and her two children have suffered grief, mental anguish and depression after husband and father, Kyle Deatherage, was killed during a routine traffic stop on Interstate 55 near Litchfield on Nov. 26, 2012.

Kyle Deatherage, 32, died immediately when truck driver Johnny Felton struck him with his semi as he was standing near mile post 62, according to media reports of the accident.

Sarah Deatherage blames Felton and his employer Dot Foods for causing her husband’s death, saying the company negligently hired a truck driver who it allegedly knew to be a threat to the public.

Felton was also named a defendant in the complaint because he operated the truck when he allegedly knew he was not medically fit to do so.

At a motion hearing on Aug. 23, Ruth ordered that “multi-million dollar” be stricken from paragraph two of each count of the complaint. The phrase being stricken was used to describe the defendants, Dot Foods and Dot Transportation.

Felton and Dot Transportation filed a motion for a protective order July 23 for the event data recorder, or EDR, on the tractor trailer, which was granted on Aug. 23

The EDR must be downloaded by Timothy Cheek of Delta V Forensic Engineering, Inc. with records going to the defendants’ attorneys. Then the EDR should be returned to Dot Transportation, Inc. after the download is complete, according to Ruth's order.

Defendants claim the Illinois State Police has the tractor trailer and has driven it more than 100 miles, according to the motion.

The motion states, “It is unknown whether the miles driven by the Illinois State Police post accident have in any way altered or destroyed any data which may have existed on the EDR post accident.”

Want to get notified whenever we write about Illinois State Police ?

Sign-up Next time we write about Illinois State Police, we'll email you a link to the story. You may edit your settings or unsubscribe at any time.