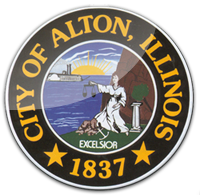 Madison County Circuit Judge William Mudge on Aug. 9 denied the City of Alton’s motion to dismiss a lawsuit over a girl’s injuries sustained in a haunted house tour.

The City was also given 21 days to file an answer to the ruling.

The girl’s father, Terry Ganz, claims his daughter, Alexis Ganz, was injured after she was chased by a haunted house worker wielding a motor driven chainsaw in a dimly lit area, containing trip hazards and distracting strobe lights on Oct. 29, 2011.

The City of Alton filed an answer to Mudge’s order on Aug. 14 denying the allegations in the complaint and demanding a trial by jury.

Arguing that the plaintiff voluntarily assumed the risks of the haunted house and understood the inherent danger, the defendants claim they are not at fault and should not be liable for the injuries or damages.

The plaintiffs in the case issued a response to the City of Alton’s motion to dismiss the first amended complaint on Aug. 5.

The City of Alton argued that according to willful and wanton conduct provisions under the Local Governmental Tort Immunity Act, the conduct causing injuries must be deliberate and intentional and must be based on a course of action, which it claims is not the case. It continued to state that the plaintiff assumed the risk of attending the facility.

The plaintiffs followed those arguments by saying the complaint was supported with numerous facts. They claim the defendant, through its agents, chased Alexis Ganz “with a chainsaw into a dimly lit area containing a rapidly blinking strobe light and trip hazards.”