Edwardsville attorney sues former client and lawyer who sued him 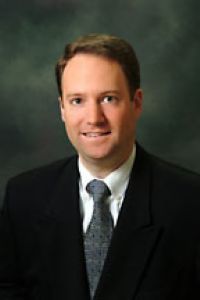 An Edwardsville defense attorney has filed suit against the man who hired him to represent his son, alleging he was not paid for his services. He also claims his reputation was harmed when a lawyer brought a complaint against him, accusing him of failing to adequately represent his client.

Michael E. Reid claims defendant Walter Beck hired him to represent Beck’s son, Harriston, who had been charged with four counts of robbery and four counts of armed criminal action in the city of St. Louis. Harriston had also been charged with two additional counts of robbery and two counts of armed criminal action in St. Louis County, according to the complaint filed July 17 in Madison County Circuit Court.

As part of his job duties, Reid appeared at every docket call, filed various motions including a request for a change of judge, filed and reviewed various requests for discovery, spoke with Harriston about possible witnesses and the risk of trial, negotiated disposition by plea upon Harriston’s request and attended a hearing on the ineffective assistance of counsel claim, the suit states.

After discussing matters with Harriston and upon Harriston’s request, Harriston pleaded guilty on Jan. 19, 2011, and received a sentence of 15 years – less than the recommended 20 years, the complaint says.

Following the trial, Reid attempted to obtain the $5,000 he claims Beck had agreed to pay him, but was unable to do so. Frustrating all of his options, Reid turned the matter over to a collection agency at Credit Collection Partners, according to the complaint.

Meanwhile, co-defendant (attorney) Jeremiah L. Phelan wrote a letter to the CCP in which he accused Reid of failing to provide Harriston with professional or constant reputation, of providing limited communication between himself and the Beck family and of failing to interview any potential legal witnesses. Reid contends the allegations are not true.

Because of Phelan’s statements, although they were allegedly false, Reid lost business and suffered an irreparable harm to his reputation, the suit states.

Reid alleges Beck breached his contract. He says Phelan engaged in defamation and tortuously interfered with his business expectancy.

In his complaint, Reid is seeking actual and punitive damages, plus interest, costs and other relief the court deems just.

He will be represented by Jeffrey A.J. Millar of Millar Law Firm in Troy, Mo.

Want to get notified whenever we write about City of St. Louis ?

Sign-up Next time we write about City of St. Louis, we'll email you a link to the story. You may edit your settings or unsubscribe at any time.