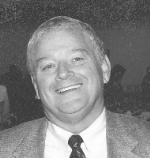 A status hearing is set July 16 in a St. Clair County man’s lawsuit against an area law firm for allegedly failing to file suit against the person who rear-ended him in a motor vehicle accident in 2007.

Gene Schmidt is accusing defendant Andrew G. Toennies, an attorney at Lashly & Baer, for allegedly allowing the statute of limitations to expire against the driver of a vehicle that rear-ended him.

The lawsuit filed Feb. 14 in St. Clair County Circuit Court states that allowing the statute of limitations to expire caused claims for personal injuries to be time barred and caused him to be deprived of damages to which he was entitled for severe and permanently disabling injuries.

Defendants Andrew Toennies and Lashly & Baer denied the allegations and demanded a trial by jury in their March 14 response to the complaint.

On March 14, the case was assigned to Circuit Judge Robert LeChien.

Schmidt sustained injuries to his torso, neck, back, brain and extremities that he paid or became liable to pay and in the future will continue to pay large sums of money for necessary health care expenses, the lawsuit stated.

Michael Murphy represents the law firm. Toennies is representing himself.

Want to get notified whenever we write about Cook, Ysursa, Bartholomew, Brauer & Shevlin ?

Sign-up Next time we write about Cook, Ysursa, Bartholomew, Brauer & Shevlin, we'll email you a link to the story. You may edit your settings or unsubscribe at any time.