More out of state plaintiffs sue over Pradaxa in St. Clair County 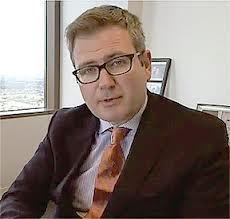 Plaintiffs in a recently filed lawsuit blame the blood thinner Pradaxa for causing their relatives’ deaths and say the drug is so dangerous it should be removed from the market.

Some of the plaintiffs claim their relatives died within months of taking Pradaxa, while others claim chronic bleeding caused by the drug required them to be given blood transfusions to prevent their deaths.

Bohringer and Bidachem developed Pradaxa to treat atrial fibrillation, a condition marked by an irregular heartbeat. Because of the erratic rhythm of the heart, blood clots may form, which can travel to the lungs or brain, where it can cause life-threatening conditions, such as stroke.

The medication was launched in North America in 2010 and marketed as an alternative to Coumadin, which is a form of rat poison, according to the complaint. Coumadin is prone to react negatively to other medications and requires frequent blood tests to ensure optimal levels of anticoagulation, the suit states. However, there is an antidote that can quickly be given if too much of the medication is found in a patient’s blood, the complaint says.

On the other hand, Pradaxa is seemingly easy to use in comparison to Coumadin, requiring less frequent blood tests. The medication’s one fatal flaw, though, is that there is no known antidote to treat patients who have too much of the substance in their blood, according to the complaint.

In effect, as sales of the drug began to skyrocket in 2011, the number of serious adverse drug events also substantially increased, the complaint says.

“Due to the flawed formulation of Pradaxa, its levels in the blood are difficult or impossible to assess and bleeds cannot be stopped since there is no known reversal antidote for this dangerous drug,” the complaint says.

Even though they were aware of the dangers associated with their medication, the defendants failed to warn their clients of them, the plaintiffs claim. In fact, the defendants still have not adequately cautioned the public as to the dangers of the drug, according to the complaint.

The plaintiffs say the defendants do not want to provide warnings to the public because of the drug’s tremendous success.

“While defendants enjoy great financial success from their expected blockbuster drug, Pradaxa, they continue to place American citizens at risk of severe bleeds and death,” the suit states.

In their complaint, the plaintiffs say the defendants are liable for their injuries or their relative’s deaths because they failed to warn of the dangers of the medication and defectively designed Pradaxa.

They also say the defendants negligently failed to use due care in developing the drug, failed to accompany Pradaxa with appropriate warnings, disseminated misleading information, failed to provide appropriate rates of irreversible bleeds associates with the drug and failed to conduct adequate trials, among other negligent actions.

The plaintiffs accuse the defendants of fraud and negligent misrepresentation and say they breached their warranties.

The remaining plaintiffs claim they suffered grievous bodily injuries because of their ingestion of the medication.

They seek actual and punitive damages, plus costs, pre-judgment interest at the highest rate allowed by law and other relief the court deems just.

John J. Driscoll of The Driscoll Law Firm in St. Louis will be representing them.