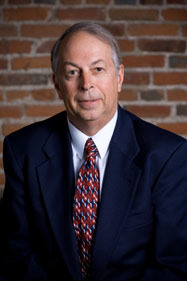 Defense attorney Don Weber on Wednesday said the medical community should be proud of Dr. Bruce Vest of Alton for choosing to defend a medical malpractice/wrongful death lawsuit rather than settling.

Plaintiff James Greco claimed Vest and Orthopedic & Sports Medicine were negligent in the care of his wife, Tamara Kay Greco, who sought treatment for a sprained ankle injury on April 30, 2004.  She died May 7, 2004, at the age of 36.

Greco alleged that Vest failed to provide anticoagulant therapy to his wife who died after suffering a bilateral pulmonary thromboemboli (blockage of the main artery of the lung), which was due to, or as a consequence of, the immobility of her left foot.

The jury in Madison County Judge Andreas Matoesian’s courtroom delivered a verdict in favor of Vest at 3:20 p.m. Tuesday after starting their deliberations at 12:13 p.m.

Vest was involved in a surgery when a reporter contacted his office on Wednesday.

“I think the medical community should be very proud of Dr. Vest for refusing to settle this case," Weber said. "I know the case took a toll on him and his family and took him away from his medical practice for a substantial period of time."

Weber said it was not the court’s fault that the case drug on so many years.

“That was not the court’s fault that this was drug out so long," he said. "It was the plaintiff’s fault."

He added that jurors found that there was no evidence that Greco was suffering from a blood clot when she was treated by Vest.

"The jury found he should not have predicted the unpredictable," he said.

“We have sympathy for the family, it just wasn’t our fault.”

Weber also said Matoesian was fair in his rulings.

“We couldn’t have asked for a fairer court room than what we got from Matoesian,” he said.

“I’m certainly happy for my client," he said. "It was hard on him, so I’m happy for him.

“Hopefully he can move on with his life and do what he likes to do, which is take care of patients."

Plaintiff’s attorney Greg Fenlon of St. Louis had not returned a phone call by press time.

Fenlon told the jury during trial that Greco died from a pulmonary embolism due to a blood clot, which developed from immobility.

During the trial, an expert witness assessed Greco’s loss of income damages at between $697,000 and $752,000, depending the age of her retirement, Fenlon said. She had worked as a legal secretary.

“These kids deserve their mom,” he said. “This case is no different than a negligence case involving an automobile accident.”

According to Fenlon, Greco went to the emergency room the night she was injured and called the doctor and received an evaluation. At the time, Greco had three risks: she was considered medically obese, had trauma and was on birth control.

Fenlon informed the jury that of three degrees of sprained ankles, “Mrs. Greco had the worst.”

“This is not a coordinated medical office,” Fenlon said. “These people are not on the same page. These people did now know what the other was supposed to do. How much more clear can you get in a negligence case? They don’t understand what the other one is doing.”

He said that employees failed to give Mrs. Greco warnings that she was at risk for suspected deep vein thrombosis.

Fenlon also said that Vest should have ordered an ultrasound/sonography.

“There’s a 90 percent chance if he had done an ultrasound, she would be here today,” he said.

Wilman had countered that Greco "was more likely to be struck by lightning than to die of a blood clot from a sprained ankle."

According to testimony at trial, Vest did a full physical review of Greco, Wilman said.

“What they have experienced was a terrible loss,” he said.

“You promised you would set aside sympathy and decide this case based on what the facts are.”

Vest had thought about the possibility of a blood clot, according to Wilman.

“There’s no evidence that she had a blood clot on May 5, (2004)” Wilman said. “Dr. Vest should have predicted the unpredictable is what they’ve been talking about the last six to seven days.”

Last May, Matoesian denied the plaintiff’s request to prohibit media contact in the case.

Greco’s attorneys had sought the restriction claiming that media stories had been written “in a manner that is favorable to the defendants and negative to the plaintiffs.”