Suit against St. Elizabeth's set for status in September 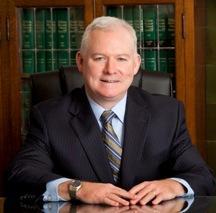 St. Clair County Circuit Judge Andrew Gleeson has set a status conference for Sept. 30 in a woman's suit against St. Elizabeth's Hospital and others that claims her sister died after doctors allegedly failed to treat a hematoma.

Due to the doctors’ alleged negligence, Linette Keeven died Nov. 13, 2011, according to the complaint.

St. Elizabeth’s Hospital responded to the complaint Jan. 30 by stating if the plaintiff sustained any injuries, such injuries were the result of the negligence, fault, and/or unlawful conduct of persons other than St. Elizabeth’s.

Sudholt responded to the lawsuit March 1 stating that to the extent the plaintiff sustained injury and damage by the death of Linette Keeven, it was by virtue of the plaintiff’s own comparative fault.

Rickard filed a motion to dismiss on Feb. 7.

Kini argues that the allegations in the lawsuit are not applicable to him in his Feb. 6 answer to the complaint.

Want to get notified whenever we write about Neville, Richards & Wuller ?

Sign-up Next time we write about Neville, Richards & Wuller, we'll email you a link to the story. You may edit your settings or unsubscribe at any time.