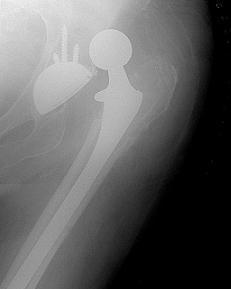 A La Salle County woman has filed suit against the manufacturers of a hip replacement device that she claims caused her to experience prolonged pain after its metallic parts leaked alloys into her body.

The rejuvenate modular hip is different from traditional hip replacement options in that it consists of only two basic components – a cobalt chromium modular neck that is inserted into a titanium femoral stem, the suit states. The device was marketed toward surgeons as a way to better personalize the implant to their patients’ bodies, the complaint says.

However, Stryker has failed to reveal defects associated with the materials it utilizes in its rejuvenate modular hip, Anderson alleges.

“This material combination has been reported to cause corrosion,” the suit states. “Since the 1980s, medical and scientific literature has reported corrosion to be a problem with Ti and CoCr that have been used at modular junctions.”

It was not until April of 2012 that Stryker finally issued an Urgent Field Safety Notice admitting that it had received reports of device failure due to heavy metal contamination, according to the complaint. By July 6, Stryker issued a voluntary recall of all of its rejuvenate modular hip systems in the United States, the complaint says.

This, however, was not fast enough to meet federal requirements, which mandate that manufacturers promptly report any device corrections and removals, Anderson claims.

By the time Anderson became aware of the problems associated with the rejuvenate modular hip, she had already begun to experience pain, suffering and emotional distress and to endure disfigurement, disability and a loss of her enjoyment of life, according to the complaint.

Anderson alleges design and manufacturing defect, failure to warn, negligence and breach of express and implied warranties against Stryker.

In her complaint, Anderson is seeking a judgment of more than $200,000.